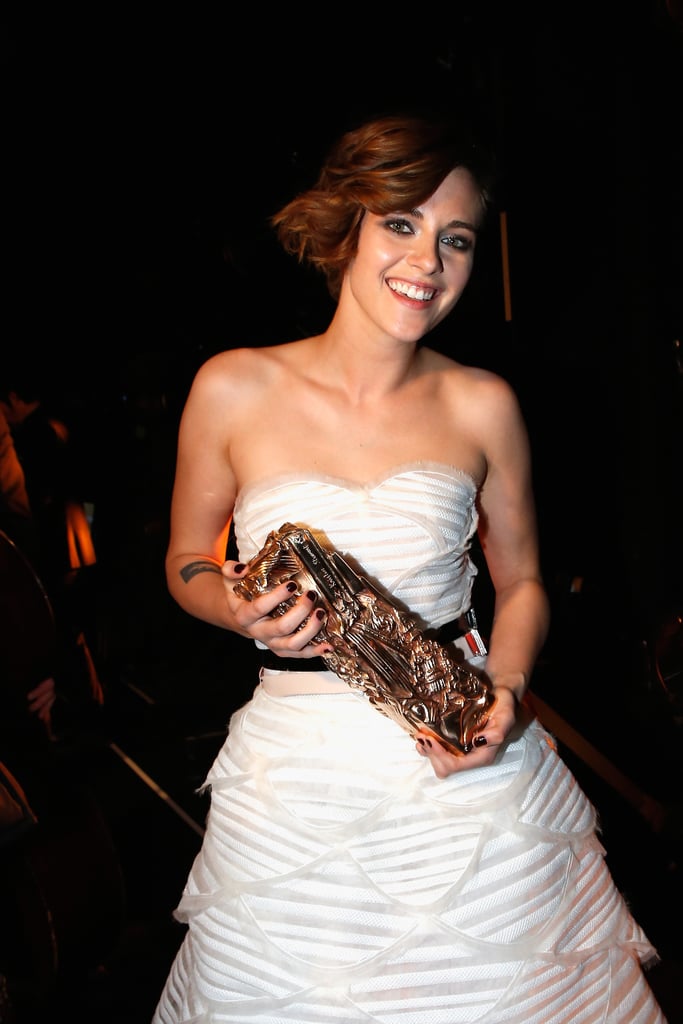 Kristen Stewart Makes History While Looking Hotter Than Ever

Kristen Stewart made an unforgettable entrance at the César Awards in Paris on Friday, showing off a fresh-faced look on the red carpet. The actress struck confident poses in an ethereal white gown before linking up with her Clouds of Sils Maria costar Juliette Binoche for smiley snaps. Once inside the big show, Kristen beat Juliette to their seats, where she glowed under the spotlight. The night only got better for Kristen when she received the best supporting actress award, marking the first time an American actress has won at France's big show. Following her must-watch acceptance speech, Kristen headed to the press room, where she held her new trophy with pride.

Kristen is solo on her latest trip abroad, but she's had plenty of one-on-one time with her rumored girlfriend, Alicia Cargile, back in LA this year. Most recently, the cute pair coordinated for a casual coffee date. Though Kristen is moving forward with her new and exciting chapter, she isn't entirely letting go of her past. In a new cover story for Interview magazine, the actress reflected on how she's "f*cking proud of" her Twilight days. Read on to see Kristen's new pictures!