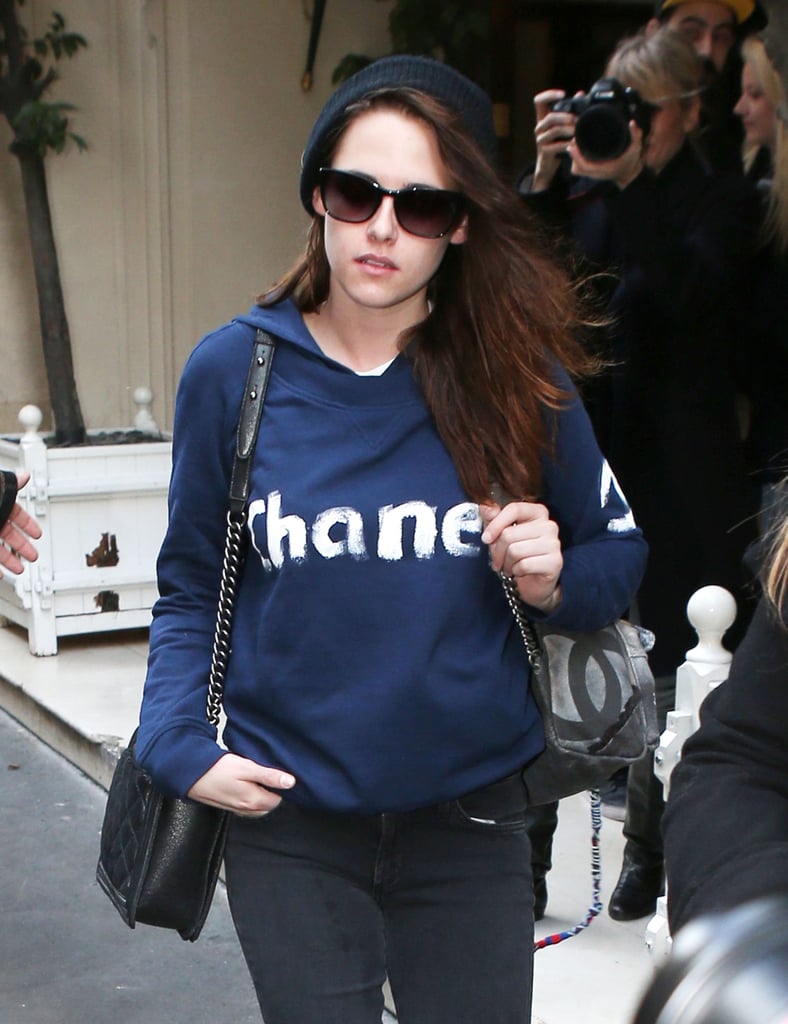 Kristen Stewart's recent trip to Paris has been all about Chanel. After touching down in the City of Light on Sunday, she stopped by the brand's store to pick up a new bag, and she later reportedly visited Karl Lagerfeld's studio to work on their upcoming campaign. In December, Kristen was named the new face of Chanel for Pre-Fall 2014, just on the heels of her latest skin-baring ads for Balenciaga. In a recent interview with POPSUGAR Beauty, she explained that her partial nudity was "just about being simple" with no "intention of suggesting that I was completely naked. It was just about making it about the fragrance and the imagery." While she nearly bared all for those photos, it remains to be seen how stripped down she will be in her new Chanel role.