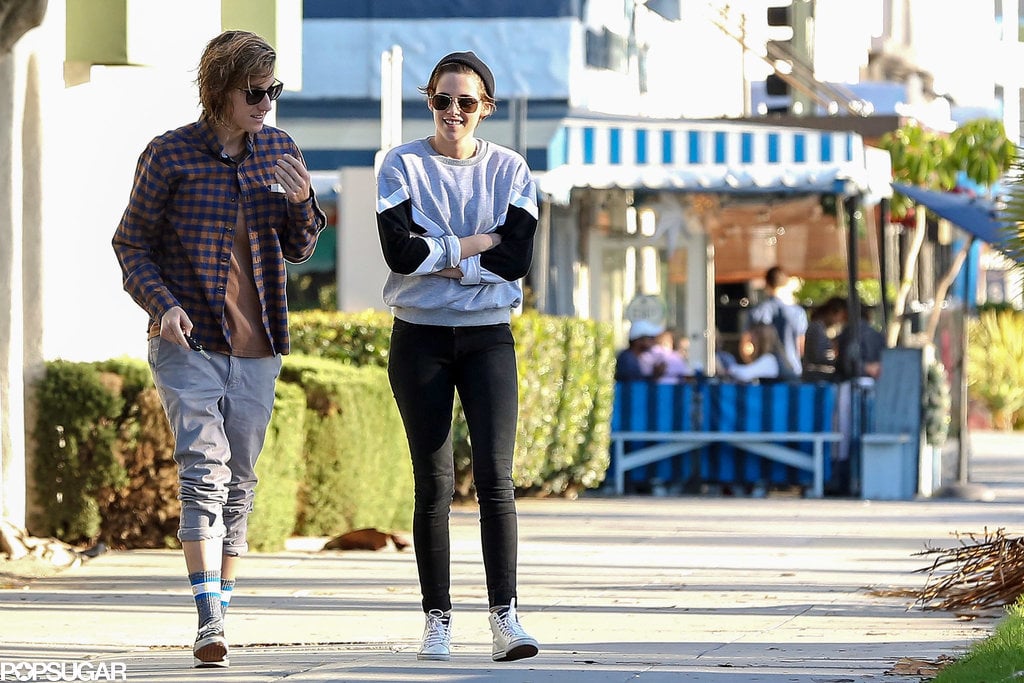 Kristen Stewart Flashes Her Smile Just in Time For the Holidays

Kristen Stewart isn't known for showing off her pearly whites, but the actress couldn't help but smile on Saturday. During a stroll with her pal Alicia Cargile, the actress lit up while chatting and taking in the brisk LA weather. Kristen kept it casual for the duo's day out, donning a beanie, sweatshirt, jeans, and Converse high-tops. Back in August, the 24-year-old opened up about why she doesn't smile more often in a candid interview with Elle, saying people might think she's a "sellout" if she started grinning while out and about.

The happy outing comes during a low-key month for the actress, who last flaunted her street style while running errands in a "Tom Boy" t-shirt earlier this month. She's been wrapping up her busy year in LA after she returned from Riley Keough's bachelorette party and made a sexy appearance at the Hollywood Film Awards in November. Keep reading to see more of Kristen's smiley day, and be sure to take a trip down memory lane with all the times she got animated.