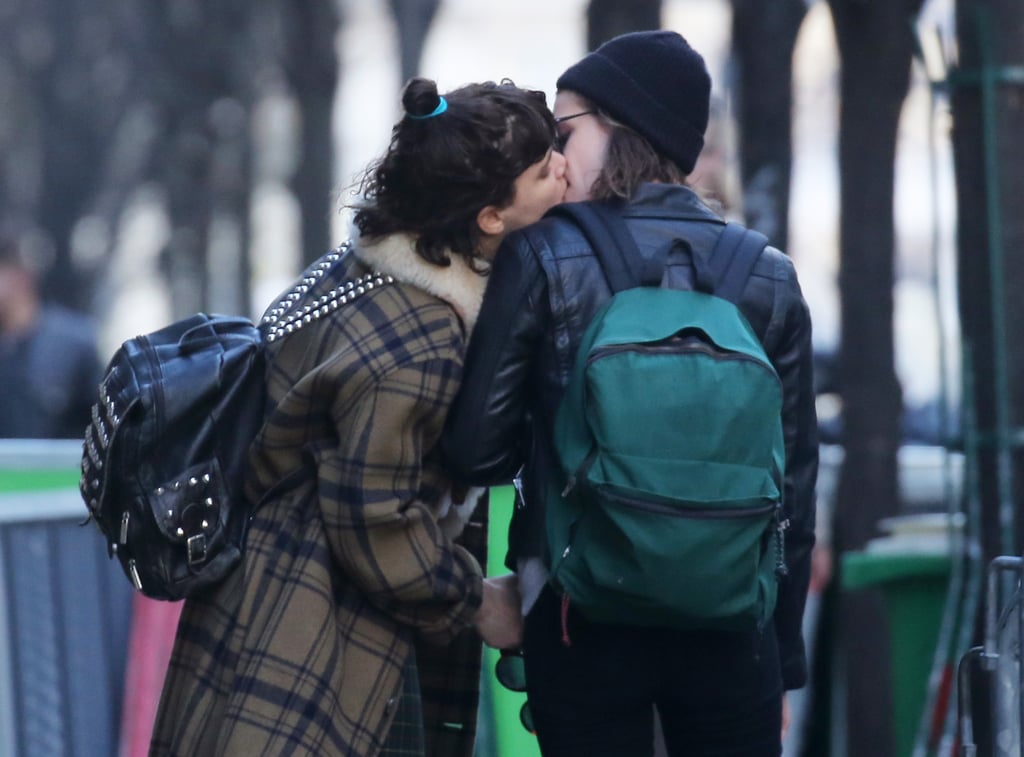 It's been a romantic, jam-packed week for Kristen Stewart and her rumored girlfriend, Soko, and it's just barely getting started! On Tuesday, the two were spotted on the streets of Paris, where they held hands and even shared a passionate kiss. Kristen arrived in France on Sunday, when Soko greeted her with flowers — they were spotted playing together in the park later that same day. On Monday, they stepped out hand in hand for another low-key outing. Despite the fact that we've seen so much of Kristen and Soko, they just popped up on our radar last week, when they huddled close on their way to lunch in LA. Keep reading to see more of their latest romantic outing, then get to know more about Soko.