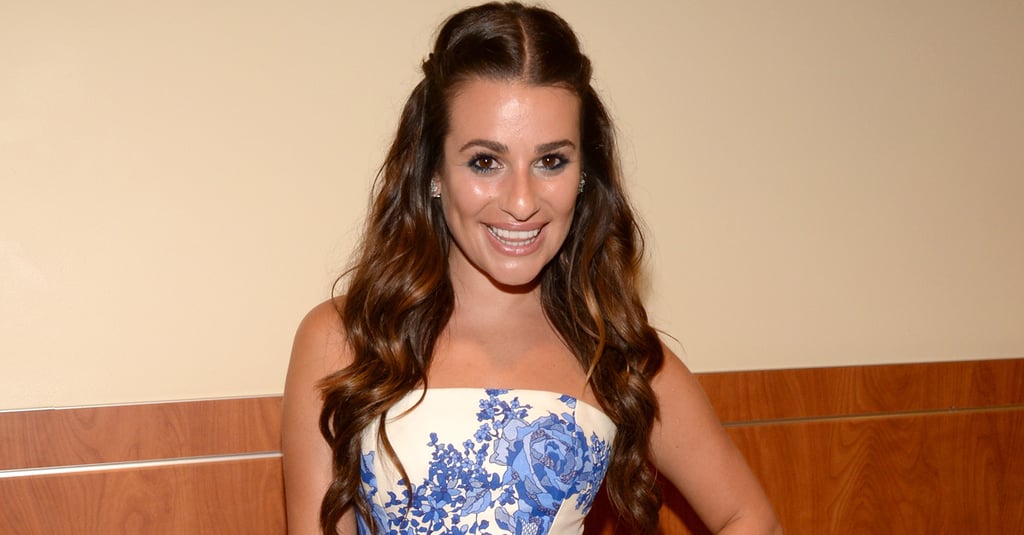 Lea Michele talks about her love life in Flare magazine's October issue, explaining that after Cory Monteith passed away in 2013, she wanted to feel happy on her own before she stepped into another relationship. She and her Glee costar dated for two years, and Lea "wanted to make sure that [she] was a whole person again" after he died, saying she "didn't want anybody to fill any holes" for her. She also explained that she didn't want somebody else to put her back together: "I needed to do that on my own. I worked very, very, very hard and I got back to that place where I was genuinely happy and strong and ready to live again and see the world and, you know, bring in more beautiful experiences." And then, the actress said, "That's when someone miraculously came into my life."

She's referring, of course, to her boyfriend, Matthew Paetz. The couple met on the set of her music video for "On My Way," and this past April, she celebrated their one-year anniversary with a sweet Instagram snap, writing, "This guy's pretty great." See pictures from her recent appearance at the Teen Choice Awards, then read Lea Michele's full interview in Flare magazine.