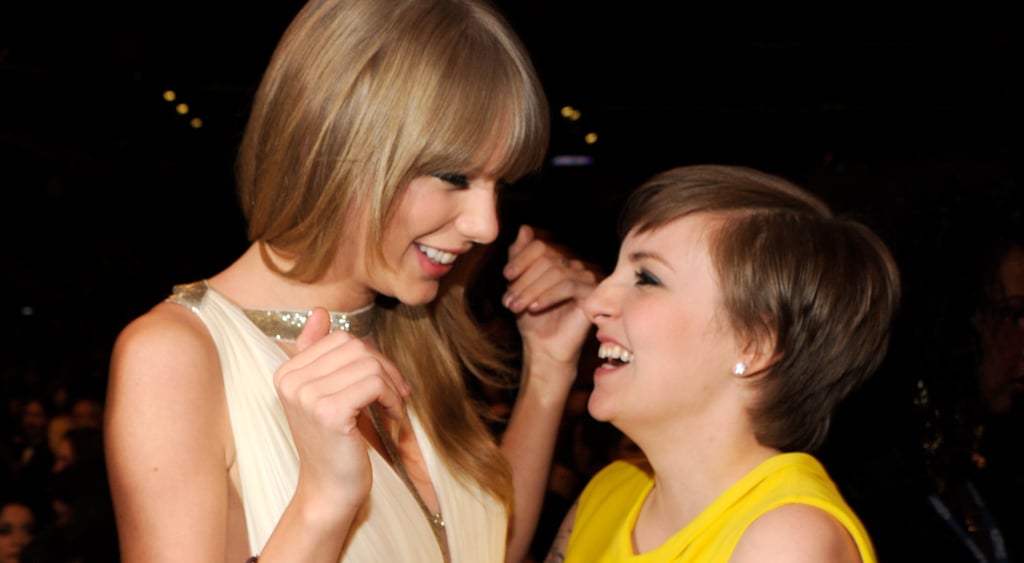 Lena Dunham and the rest of the Girls cast sat down for an interview with Entertainment Weekly, during which they shared juicy details about the show's upcoming fourth season. While many of the quotes — including those about character struggles, nudity, and the new Stars Wars movie — were very compelling, perhaps our favorite moment was when Lena talked about the prospect of having Taylor Swift appear on the series. She said, "That would be the greatest thing of all time. She's a little busy taking over the world right now. I once read this thing online that was like, 'Lena doesn't think Taylor is a good enough actress.' Taylor is an incredible actor, she's the most iconic performer of her generation, and she's also one of my best friends. If she wanted to come murder my character on the show, I'd let her. She can do anything she wants."

We've loved watching the actresses laugh through four years of premieres, and we're excited to tune into the fourth season premiere this Sunday.