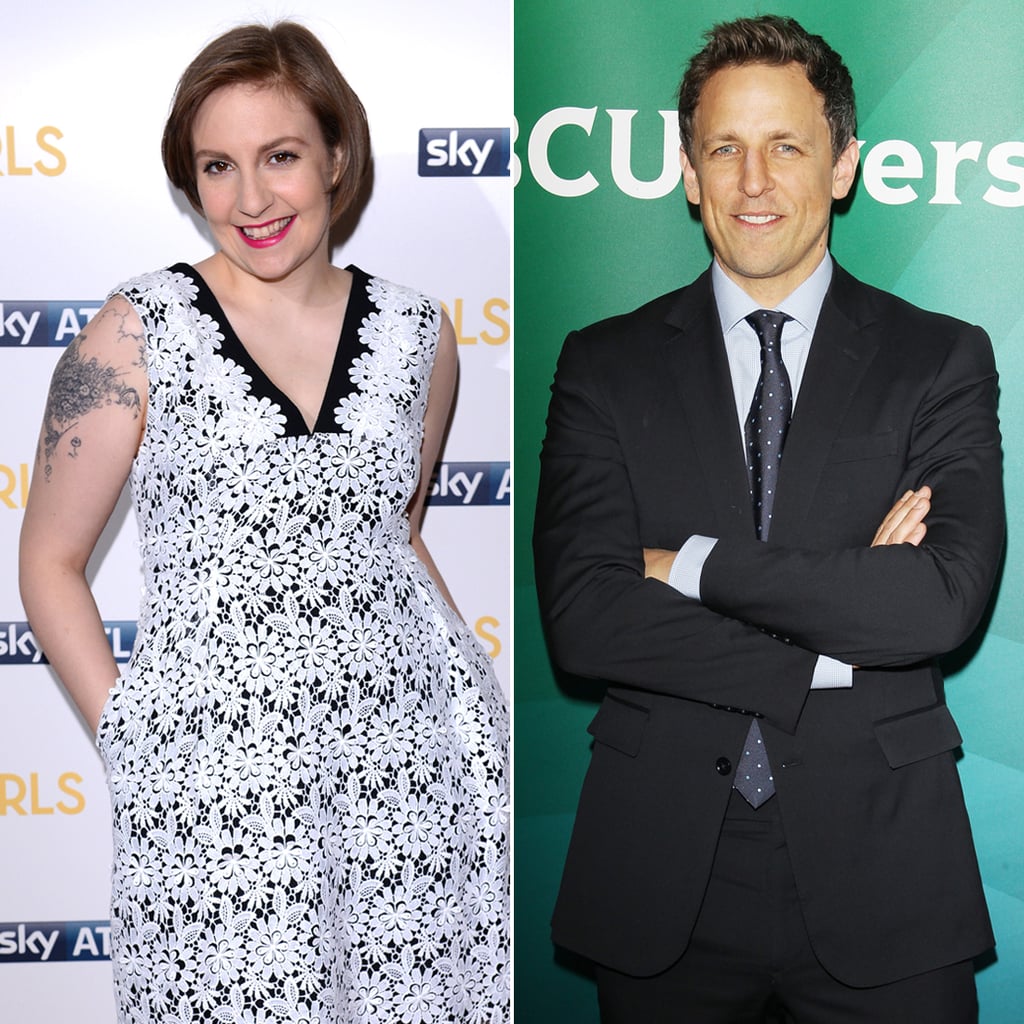 Nothing really surprises Lena Dunham. If you've seen Girls, you know she's seen, imagined, or tried nearly everything. But Justin Bieber's alleged choice of drugs on the wild night that landed him in jail? That little discovery inspired the actress to chime in on the pop star's misfortunes this week. Meanwhile, in an attempt to understand what has led Justin astray, Seth Meyers pinpointed the moment everything went downhill. In other can't-miss tweets, Ellen is cashing in on marijuana trends, and Kelly Osbourne had a pretty crappy time at Barney's. Keep reading to LOL at all that and more!

Lena, don't you know Justin is planning for his future?

Because nothing is as traumatic as seeing someone imitate you on Saturday Night Live.

US marijuana sales might top $2.3 billion this year. I'm not saying I support it. I'm just saying it's now available in the Ellen Shop.

Every time you buy a box of Girl Scout Cookies, a Keebler elf hangs himself from a hollow tree. #havefunkids!

I would love to see Rob Ford and Justin Bieber in a drag race.

Leave it to the Canadians.

We loved this, too!

More than 11 million people have quit Facebook in the last 3 years. Unfortunately, none of them were your parents. #fallonmono

Miley Cyrus could never live in the kind of cold we're having here in NYC. Can you imagine all the poles her tongue would get stuck to?

Time to get that tongue insured, Miley.

Whitney is judging you.

Bye bye Blockbuster! Nuts. There goes my 26 cents a year for "Beaches."

Bette's royalty checks are getting smaller.

Hands down one the funniest things I have ever seen! A dog shitting in Barney's and about 20 people… http://t.co/xHhtlhKvBe

Picture Kelly Osbourne laughing and snapping that pic as you walk through it.

i have no life pic.twitter.com/M4COTM6GlH

Wanna make Oprah smile in a pic with you? Give her financial advice. http://t.co/FAK5kZHRe6

Damon knows Oprah laughs her way to the bank.

Late Night With Seth Meyers
Kathryn Hahn's Kids Were Mortified to See Her Rehearse For WandaVision: "Oh My God, Mom!"
by Karenna Meredith 1 day ago

Degrassi
Degrassi Stars Pay Tribute to Jahmil French After His Death: "You Were So Loved"
by Kelsie Gibson 2 days ago

Celebrity Instagrams
Hollywood Is Calling Out the HFPA's Lack of Black Members: "A Cosmetic Fix Isn't Enough"
by Grayson Gilcrease 4 days ago