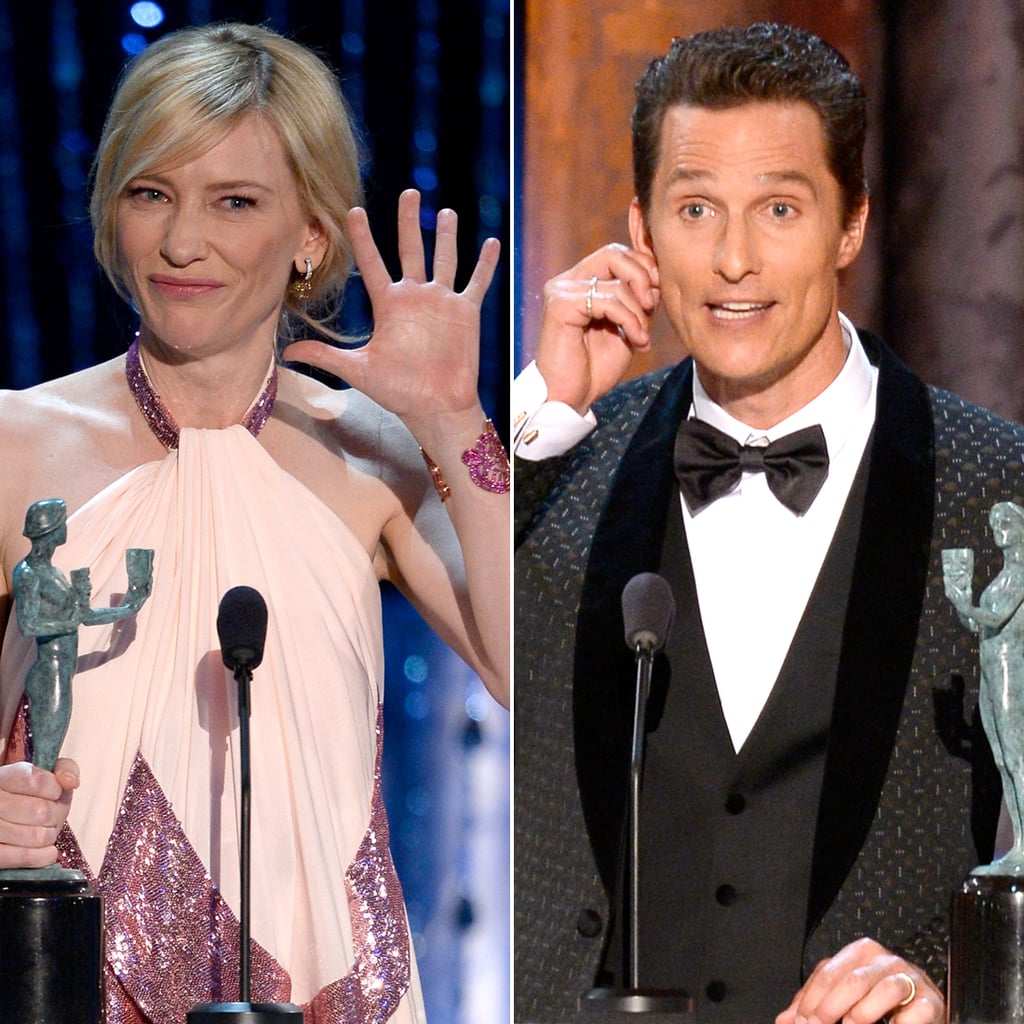 Cate Blanchett was thrilled to win outstanding performance by a female actor in a leading role at the Screen Actors Guild Awards in LA tonight, but she wasn't happy about the time limit on her speech. After thanking her fellow nominees in her category, she saw the teleprompter telling her she had less than 30 seconds and immediately called out Matthew McConaughey for his long speech. "Twenty-nine seconds?! Matthew McConaughey spoke about Neptune — I think that I can have five seconds," she said. From there, she rubbed her award's crotch, told her Blue Jasmine costar Sally Hawkins that it was half hers ("the penis part"), and exclaimed she was going to wrap up. Now we'll just have to wait and see Matthew's reaction.

Celebrity Couples
No, Jodie Foster Did Not Set Up Shailene Woodley and Aaron Rodgers
by Grayson Gilcrease 8 hours ago

Viola Davis
Viola Davis Came For the Best Dressed Award in Her Golden Globes Gown, and She Can Have It
by Chanel Vargas 9 hours ago