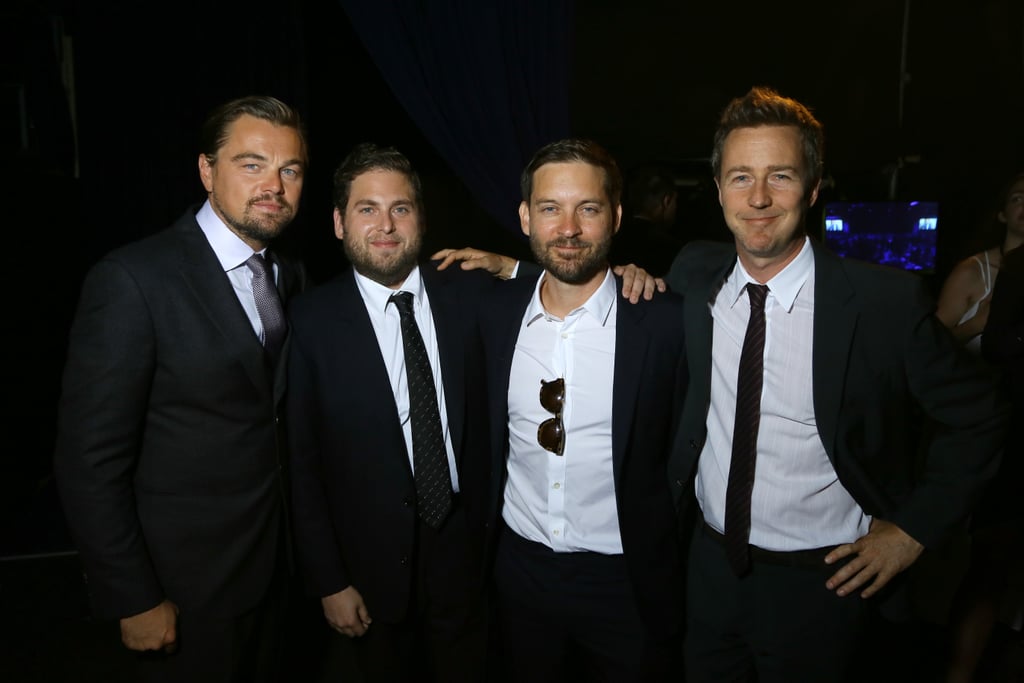 Leonardo DiCaprio Has a Guys' Night Out at a Charity Gala With Bradley Cooper, Jonah Hill, and Tobey Maguire

A few days after Leonardo DiCaprio was seen sharing a kiss and packing on the PDA with Nina Agdal on a beach in Malibu, CA, the the Revenant actor jetted off to France to act as host for The Leonardo DiCaprio Foundation's Third Annual Saint-Tropez Gala at Domaine Bertaud Belieu. Just like the group of A-listers who attended the event last year, Leo's gala drew an impressive crowd. The Oscar winner didn't have his new girlfriend by his side, but he happily posed for photographers with Mariah Carey, as well as old friends Tobey Maguire, Jonah Hill, Bradley Cooper, and Edward Norton, before hitting the stage to give a speech with U2 frontman Bono. Keep reading to see more photos of Leo's big night, and then check out his recent, hilarious appearance in NYC!