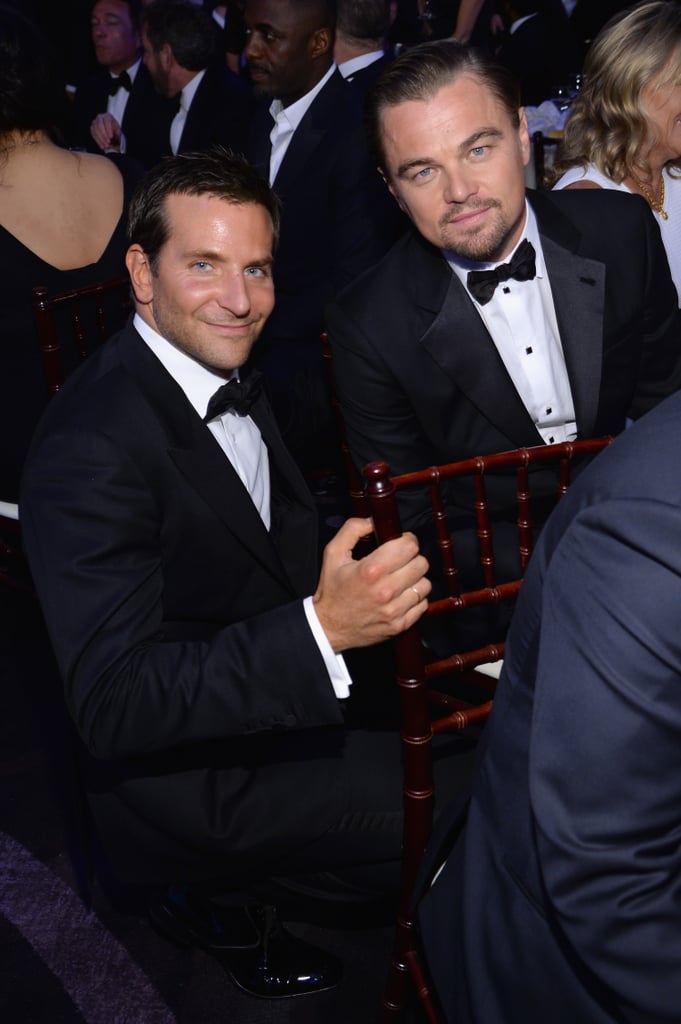 Leonardo DiCaprio took center stage at the Golden Globes in LA on Sunday night, winning the award for best actor, musical or comedy, for The Wolf of Wall Street. In his acceptance speech, Leo told several people, including his parents, how thankful he is for their support. Shortly after his big win, Leo returned to the stage to present Cate Blanchett her award for best actress, drama, following a hilarious introduction by Tina Fey.

The actor looked dapper when he hit the red carpet, chatting up fellow nominee Oscar Isaac from Inside Llewyn Davis. That wasn't Leo's only famous run-in — he got friendly with Kerry Washington, Emma Thompson and more throughout the night, including at the Weinstein Company afterparty, where he met up with Christoph Waltz and Bradley. While Sunday was all about the Globes, Leo will find out on Thursday if he can add an Oscar nomination to his impressive résumé as the Academy Awards will announce their top picks for movies. Leo has been nominated for an Oscar three times but has yet to take home the trophy. He previously won a Golden Globe in 2005 for The Aviator.