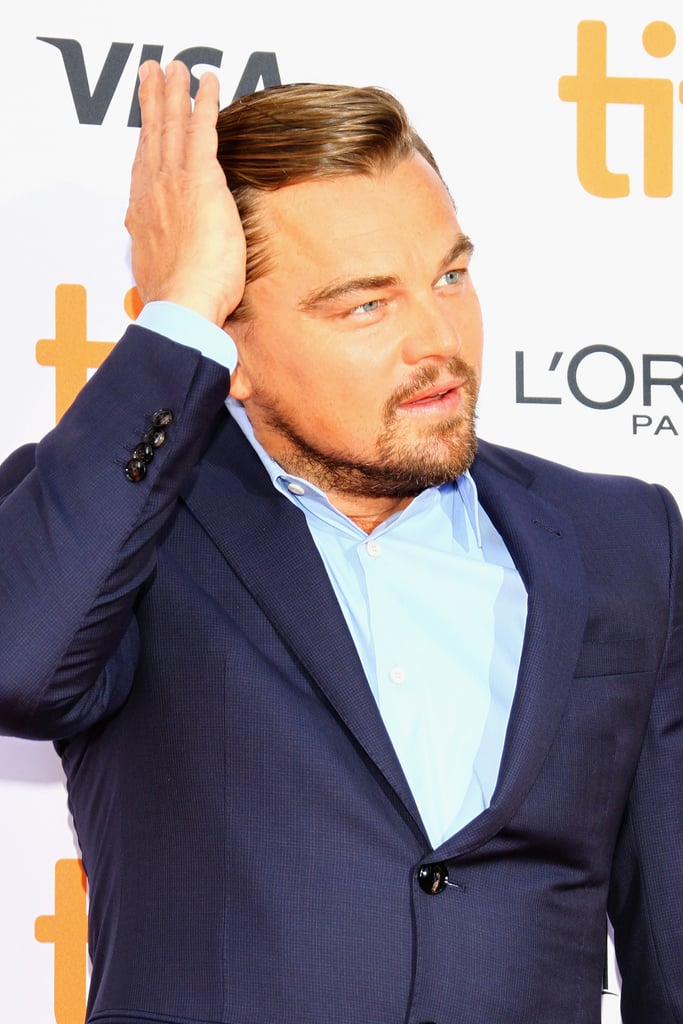 Leonardo DiCaprio brought his charm to the red carpet for the premiere of his new documentary, Before the Flood, at the Toronto Film Festival on Friday. Leo cut a suave figure in a crisp blue suit and was seen smoothing out his hair and skin before signing autographs for fans and posing for photos with producer Brett Ratner and director Fisher Stevens. The film follows Leo as he travels around the world to shed light on the dangers of climate change. As a United Nations Messenger of Peace, Leo journeyed to Miami, Canada, Beijing, and Indonesia, where he supported local groups to save the Leuser Ecosystem from development threats.

Missing from Leo's big premiere was his girlfriend, model Nina Agdal. The 24-year-old Sports Illustrated stunner was busy fulfilling Fashion Week duties in NYC, first attending a Target kickoff party on Tuesday and then making an appearance at the Daily Front Row Awards on Thursday night.