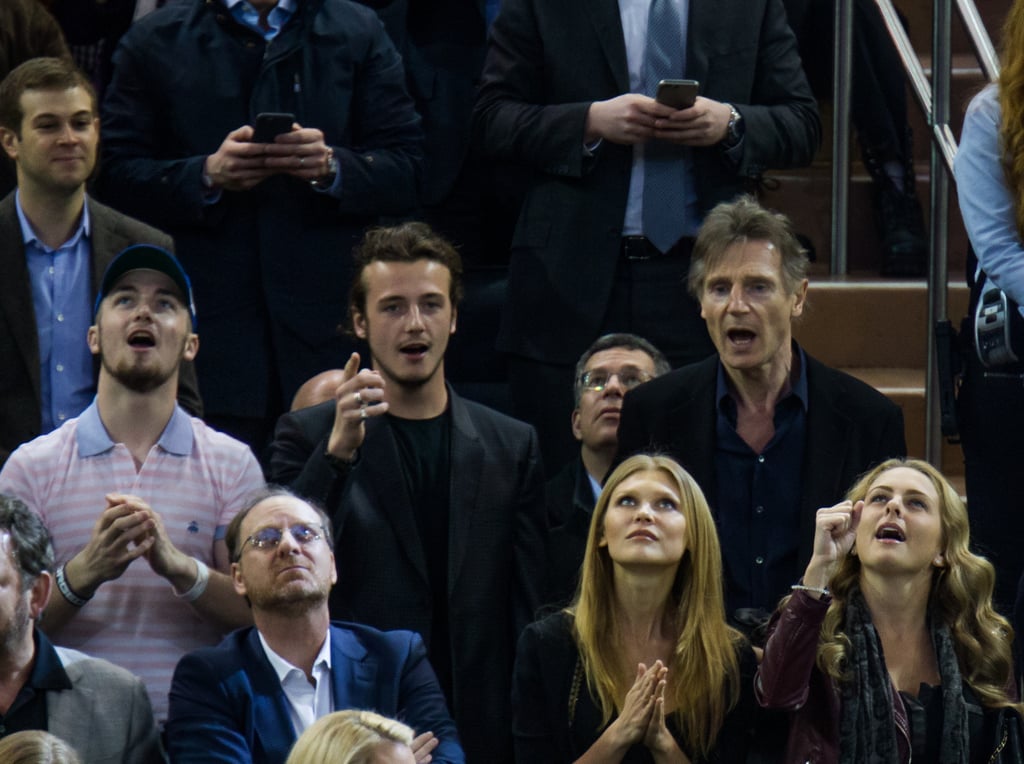 Liam Neeson brought two very special dates to the New York Rangers game against the Boston Bruins in NYC on Wednesday: his sons, Micheál and Daniel. The two, whose mom is the late Natasha Richardson, had a blast cheering and talking animatedly with their dad while also managing to look pretty damn fine. Micheál, 20, has Orlando Bloom's shaggy, mid-2000s hairstyle down, and Daniel, 19, looks like he just stepped off the set of The Wolf of Wall Street (in the best possible way). Liam, who recently lost quite a bit of weight for his role in Martin Scorsese's Silence, isn't out and about often, but it seemed like he was really enjoying the game with his sons. Check out more photos of their outing ahead, and then watch the trailer for Liam's enchanting animated movie!

Previous Next Start Slideshow
Liam NeesonCelebrity Kids
Around The Web

Kristen Wiig
Kristen Wiig Is a Mom of 2! Here’s What We Know About Her Family
by Kathryn Mayer 1 day ago