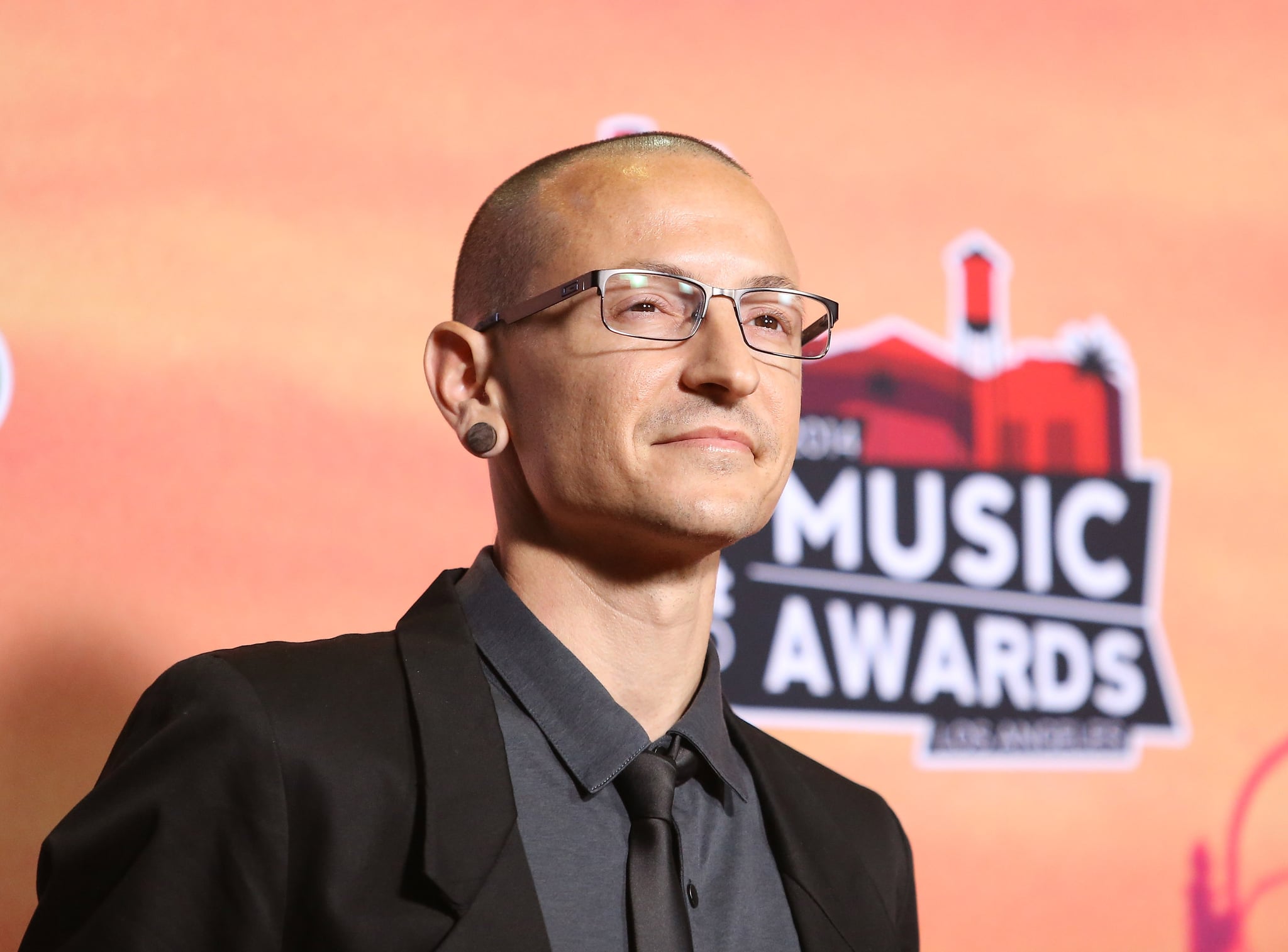 It's been one year since Chester Bennington's tragic death, and Linkin Park are paying tribute to their former frontman with touching words. The remaining five members of the rock band — Mike Shinoda, Joe Hahn, Dave Farrell, Rob Bourdon, and Brad Delson — shared a heartfelt post on Linkin Park's official Instagram page to honor the first anniversary of Chester's suicide. The caption began: "To our brother Chester, it has been a year since your passing—a surreal rotation of grief, heartbreak, refusal, and recognition. And yet it [still] feels like you are close by, surrounding us with your memory and your light."

After noting that Chester's "one-of-a-kind spirit" made a lasting impact on their hearts, the band members continued, "Eternally grateful for the love, life, and creative passion you shared with us and the world. We miss you more than words can express." They ended the post by including the hashtag #MakeChesterProud, along with contact information for the Suicide Prevention Lifeline.

Linkin Park's bass guitarist Dave also shared a separate tribute on his own Instagram page, saying he's thought about Chester every day since his death and has had a hard time talking about him to others. "I chose not to speak at the Celebration of Life Concert honoring you because I knew I'd struggle to even be able to speak at all," he wrote. "And today, a year after your passing, I still struggle to try and eloquently express what you mean to your family, your friends, your fans . . . and to me."

The anniversary of Chester's death comes just a few days after Linkin Park's song "One More Light" received an MTV VMA nomination for best rock video. Our fingers are crossed that they #MakeChesterProud and take home that astronaut-shaped trophy in August.