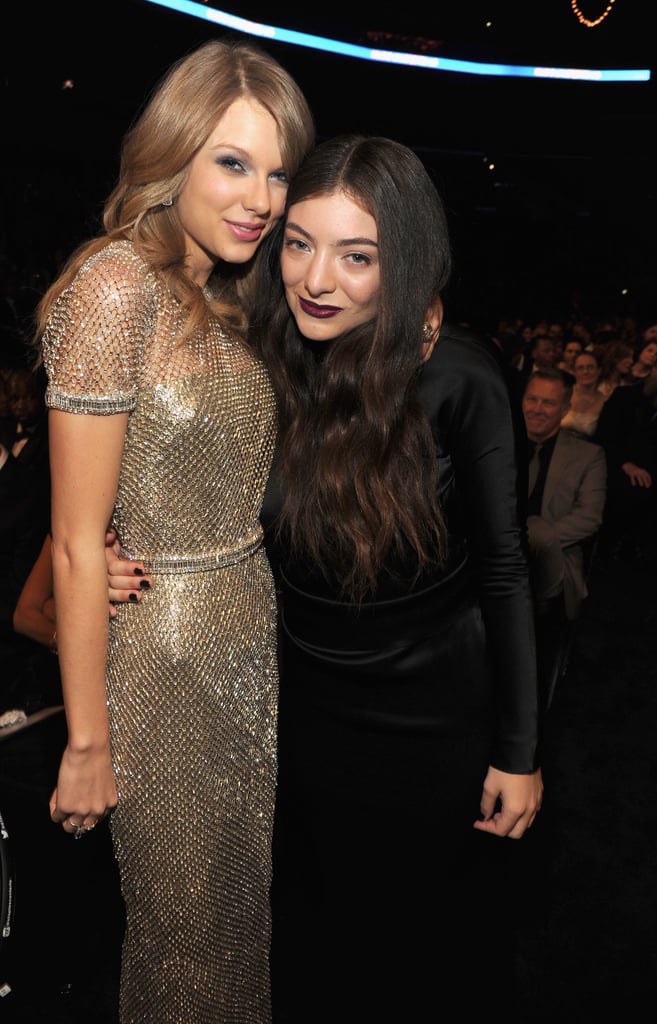 Lorde was the woman of the hour when she performed her hit, "Royals," at the 2014 Grammy Awards on Sunday in LA. The 17-year-old New Zealand singer is up for four awards this evening, including song of the year, record of the year, and best pop vocal album. She took home the award for best pop solo song for "Royals," which she celebrated by literally getting chills onstage. The fun wasn't over just yet as she also took home the trophy for song of the year. This amount of focus is a big deal for Lorde, who only broke out onto the music scene last year. Even though she is kind of the new girl on the block, Lorde is among friends at this year's awards, as her close friend Taylor Swift was also up for several nominations and performed. Keep reading to see Lorde's big night, and vote on all our Grammy Awards polls here!