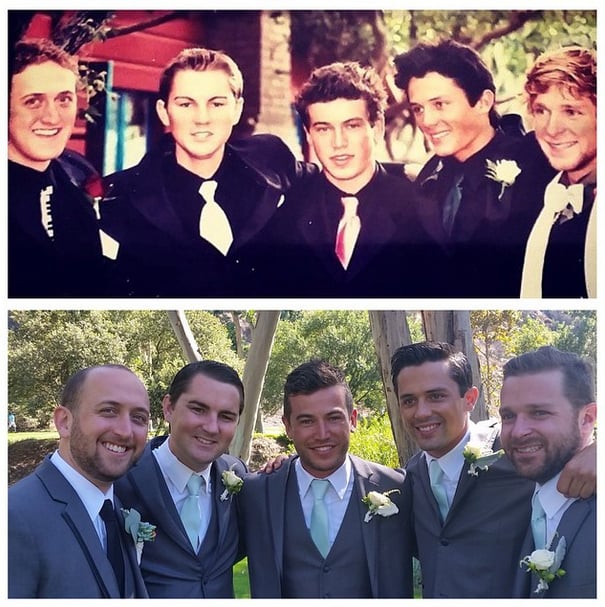 Ten years after they starred on MTV's Laguna Beach, the original guys from the show gathered for their friend's wedding, where the group adorably re-created their senior prom picture. Dieter Schmitz posted the picture with Trey Phillips and Stephen Colletti on Instagram, writing, "From senior prom to 10 years later." Meanwhile, Stephen — who's known to post amazing things on Instagram — also shared a cute black-and-white version of the picture with a hilarious caption.

The Laguna Beach reunion comes right on the heels of Lauren Conrad's wedding, and this week marks exactly a decade since the MTV show debuted back in 2004. Wondering what the whole gang is up to these days? Take a look at our breakdown of where the casts of Laguna Beach and The Hills are now.

Nostalgia
Pyrex Just Released a Retro Mickey Mouse Collection, and, Well, It Sold Out Within a Day
by Kelsey Garcia 1 day ago

Spotify
Drums Please! 110 of the Best '90s Summer Jams That'll Help You Sit Back and Unwind
by Haley Lyndes 6 days ago