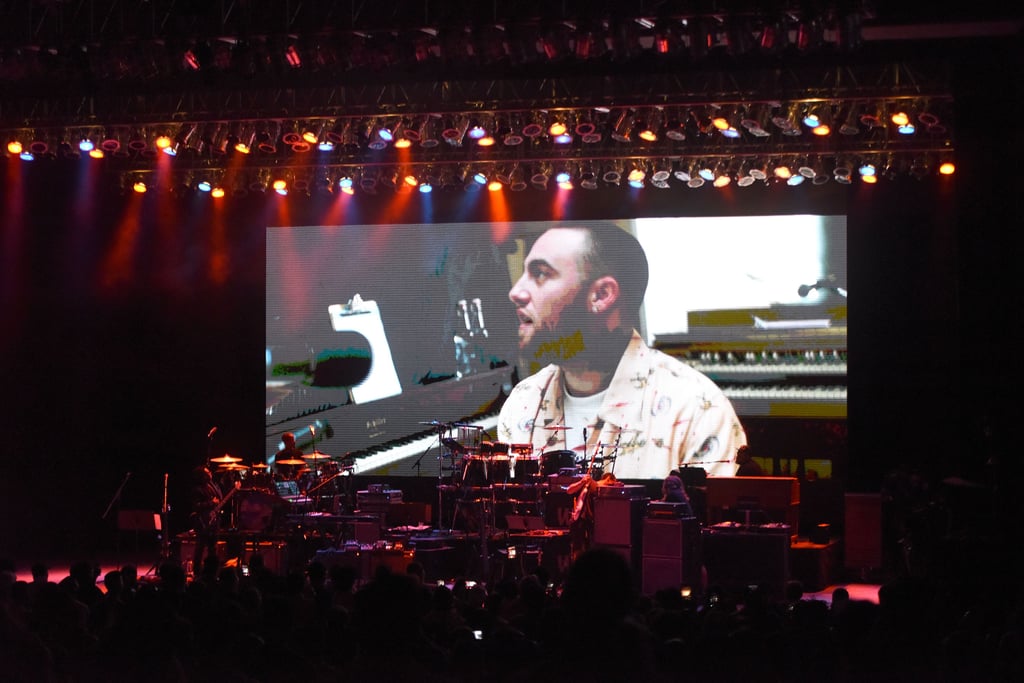 Mac Miller's Benefit Concert Was a Star-Studded Celebration of Life

On Wednesday night, some of the biggest names in hip-hop came together to honor the legacy of Mac Miller. The rapper, whose real name was Malcolm James McCormick, was found dead from an apparent overdose in his California home on Sept. 7. Just over a month later, artists who worked with and admired the 26-year-old performed a benefit concert in his honor at the Greek Theatre in Los Angeles in place of the original show Mac was scheduled to perform on the same night before his passing.

The sold-out concert, titled Mac Miller: A Celebration of Life, featured a series of performances from artists like Chance the Rapper, SZA, Travis Scott, John Mayer, and dozens more, with the proceeds going toward the Mac Miller Circles Fund (MMCF). Most of the performers covered some of Mac's most popular songs while other famous friends — like Rick Ross, Jason Sudeikis, and Donald Glover — who couldn't be in attendance paid tribute to the rapper via video. The evening also featured a collection of videos of Mac throughout his childhood. Scroll ahead to see some memorable moments from the night.