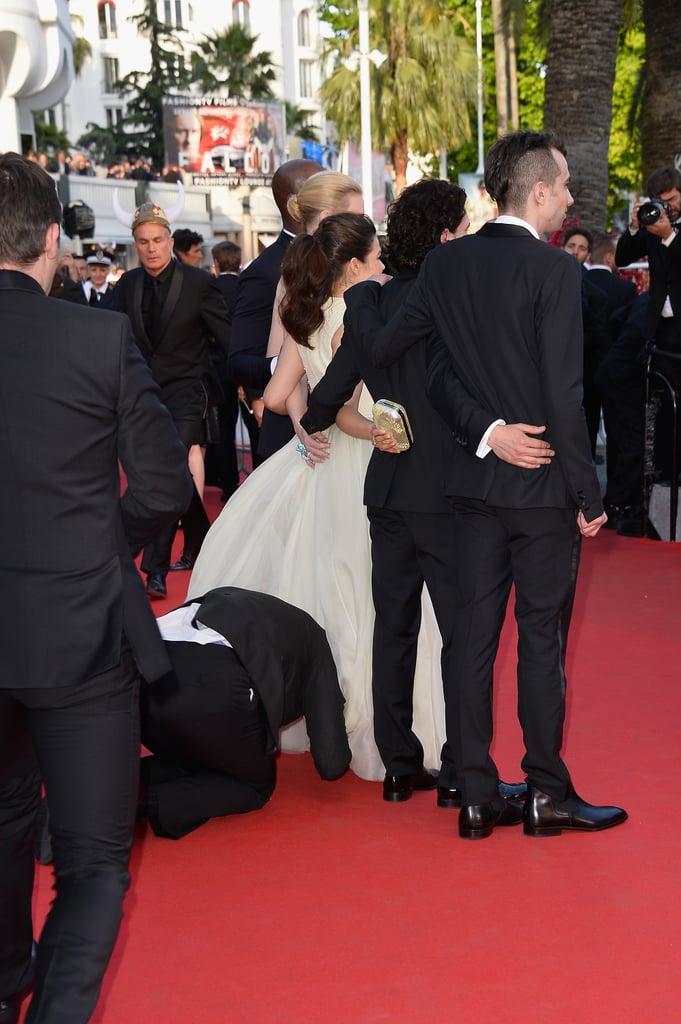 Add America Ferrera to the growing list of celebrities violated by Ukranian crotch hugger Vitalii Sediuk. While posing for photos on the red carpet at Cannes Film Festival on Friday, America found Vitalii next to her on the ground, sneaking his way inside her dress and grabbing what appears to be her lower leg. The actress was surrounded by her How to Train Your Dragon 2 costars, including Cate Blanchett and Kit Harington, as a security team rushed in to restrain Vitalii and remove him from the scene. A consistent red carpet creeper, Vitalii has earned a reputation for targeting celebrities at several high profile events. In February, he moved in on Leonardo DiCaprio, who laughed off the awkward encounter at the Santa Barbara Film Festival. The month before, Bradley Cooper physically restrained Vitalii with a smile when he reached for the actor's crotch.

Celebrity Instagrams
Sorry, but the Rose Family Have Nothing on Eugene, Dan, and Sarah Levy's Real-Life Bond
by Monica Sisavat 20 hours ago