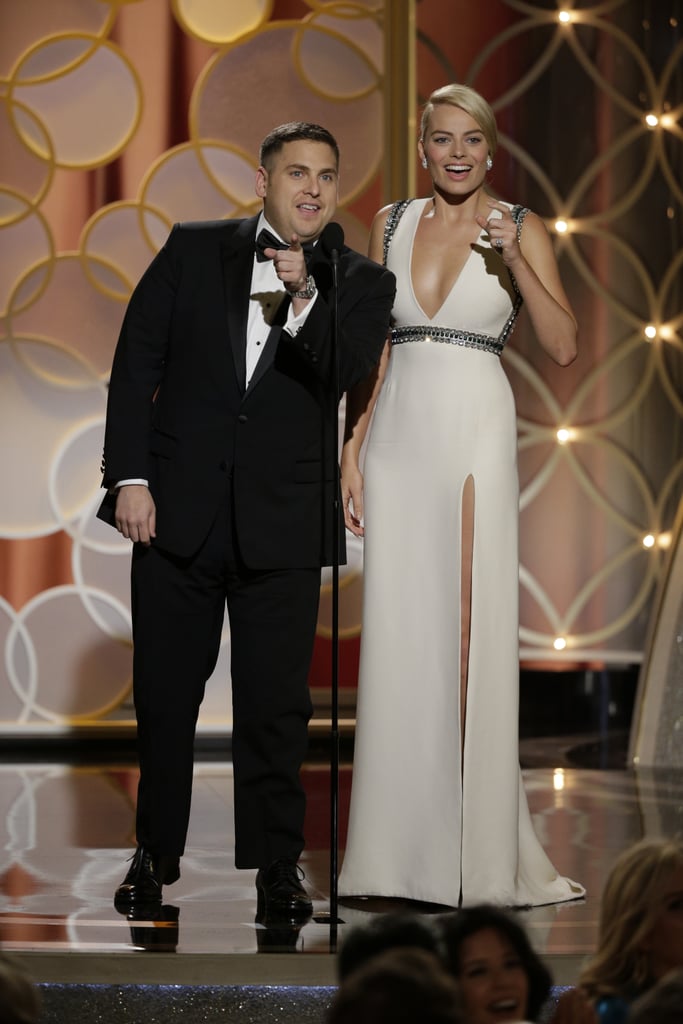 Margot Robbie made a glamorous arrival at the Golden Globes in LA on Sunday. The Australian beauty was clad in a white Gucci gown for the event, which marks her first official foray into award season. After joining Jonah Hill on stage, Margot made a joke about how new the event was to her, asking the audience if the wrong script was intentionally on the teleprompter.

Margot has quickly gained fame for her breakout role as Leonardo DiCaprio's wife in The Wolf of Wall Street. She stepped out alongside Leo and fellow costar Jonah Hill for the film's UK premiere last week and has been on a press tour in order to promote the film, which was nominated in the best comedy or musical film category this evening. Margot brought her mom along for an appearance on Good Morning America, and we caught up with the actress in LA recently to talk about doing some of her first love scenes for the movie, how she nailed her character's Brooklyn accent, and what people don't know about Leo. Keep reading to see her latest photos!

Yara Shahidi
Yara Shahidi Left the Emmys Early, but She Had a Pretty Good Excuse
by Njera Perkins 4 days ago

Emmy Awards
So, Apparently the Emmys Were Exempt From Local COVID-19 Rules
by Victoria Messina 5 days ago