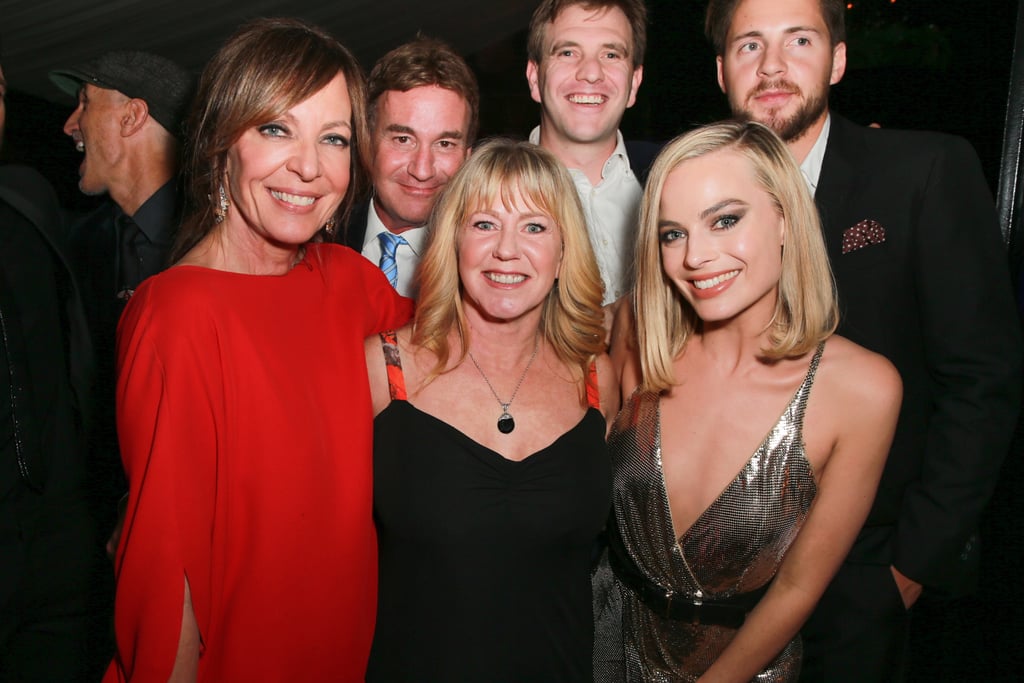 For the premiere of I, Tonya, leading lady Margot Robbie brought an unexpected date: Tonya Harding herself. The subject of the dark comedy, which chronicles the former Olympian's rise to ice skating fame and brutal downfall, hit the red carpet arm in arm with Margot, who got into major shape to play the infamous ice skater. They giggled in front of photographers and later posed with the rest of the cast, including Allison Janney and Sebastian Stan.

Although Margot clearly gets on well with Tonya, she actually didn't spend much time with her before filming began. "I didn't want to pull back anything in the performance and in the story," she explained during a Q&A at the Toronto Film Festival. "Craig [Gillespie, who directed the movie] and I flew up to Portland and met with Tonya and we only spent a couple of hours with her, and I think it was better to keep it that way. I think otherwise I would've probably had too much empathy for her."

It looks like the two of them have made up for lost time.

The Office
John Krasinski Wants to Share Good News With the World, So He Reached Out to Steve Carell
by Karenna Meredith 4 days ago