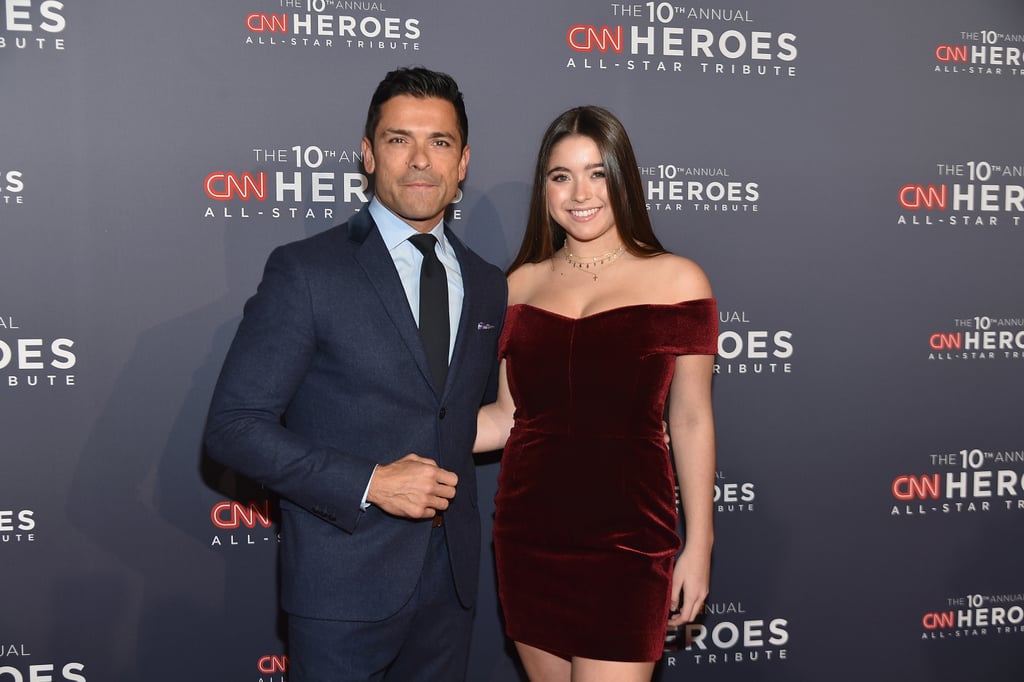 We've basically watched Mark Consuelos and Kelly Ripa's three adorable children grow up before our very eyes, and their 15-year-old daughter, Lola, has officially turned into a gorgeous young lady. Mark recently opened up about his close relationship with his daughter, who moved out to LA with him while he films Pitch, saying that they're "like roommates." Since then, the two have turned a few red carpet events into father-daughter dates, including a fun Sunday night outing in NYC. The two attended the 10th anniversary of the annual CNN Heroes tribute at the American Museum of Natural History, where Lola outshone her dad in a gorgeous velvet dress. It's safe to say she's taking after her glamorous mom!