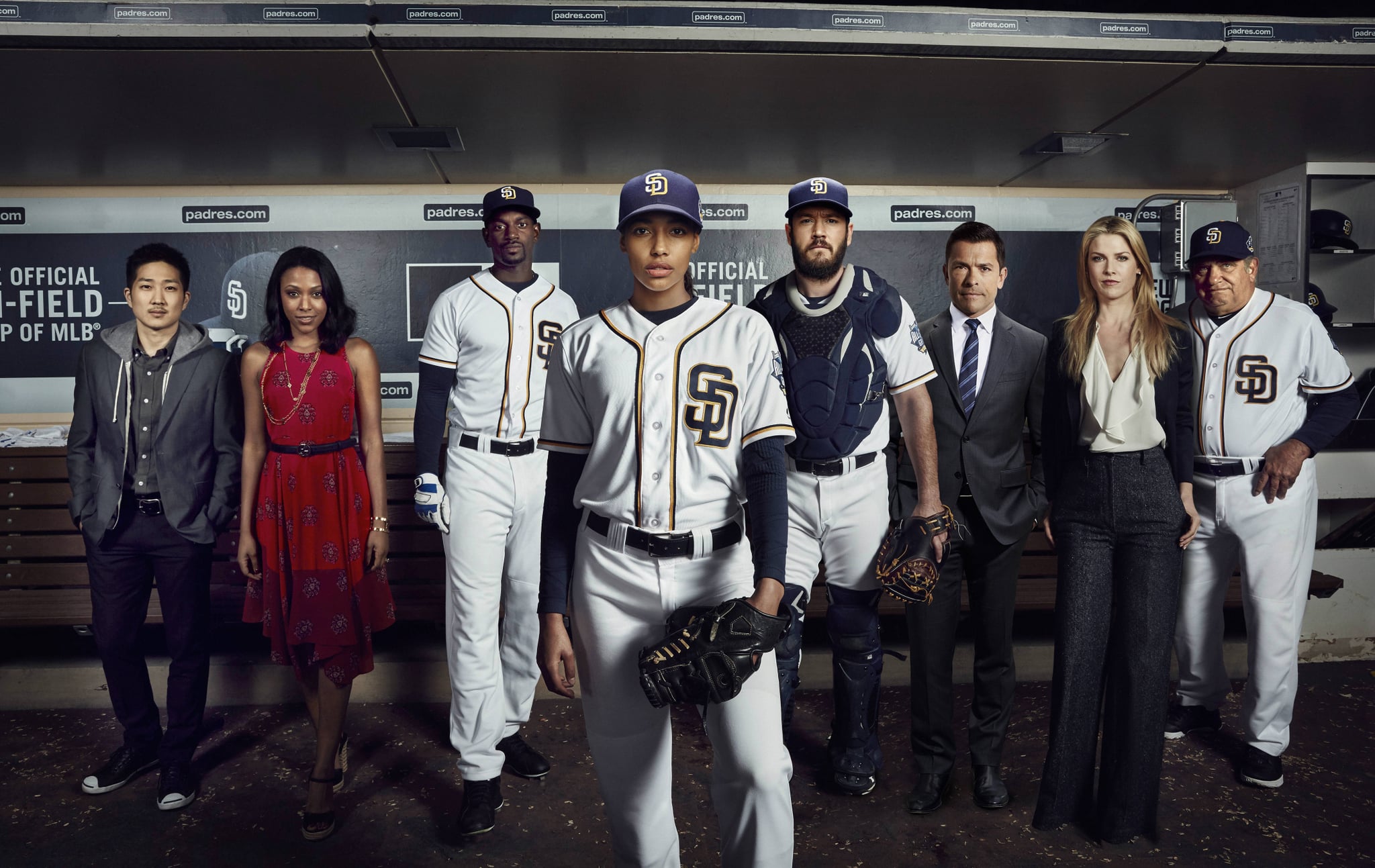 It's the most wonderful time of year: Fall TV season. Our favorite shows are all returning, plus a whole new crop of hopeful pilots. Some are better than others, but hey, there's something for everyone! Before you get attached to what you will and won't be watching, here's what you need to know about one of Fox's new offerings, a sports drama named Pitch!

Kylie Bunbury is starring as Ginny Baker, the first woman to play Major League Baseball. You may recognize her as Dawn from Under the Dome or Lacey from Twisted. Perennial sexy person Mark-Paul Gosselaar is playing teammate Mike Lawson, and Ali Larter is Amelia Slater, her PR guru.

Ginny has been a baseball whiz ever since she picked up the ball that her brother threw down. Her father fosters her talent until she lands in the Major Leagues, but despite her success, her struggle to be accepted into the pro baseball world is just beginning.

The pilot introduces dynamic characters, and I'm looking forward to seeing how these relationships form and progress, but a ballsy (pun intended) twist at the end may divide the show's audience. I wasn't a fan of the turn, but I enjoyed the episode enough as a whole to keep watching for a few weeks, if not just to get to know Gosselaar's weathered catcher a bit more.