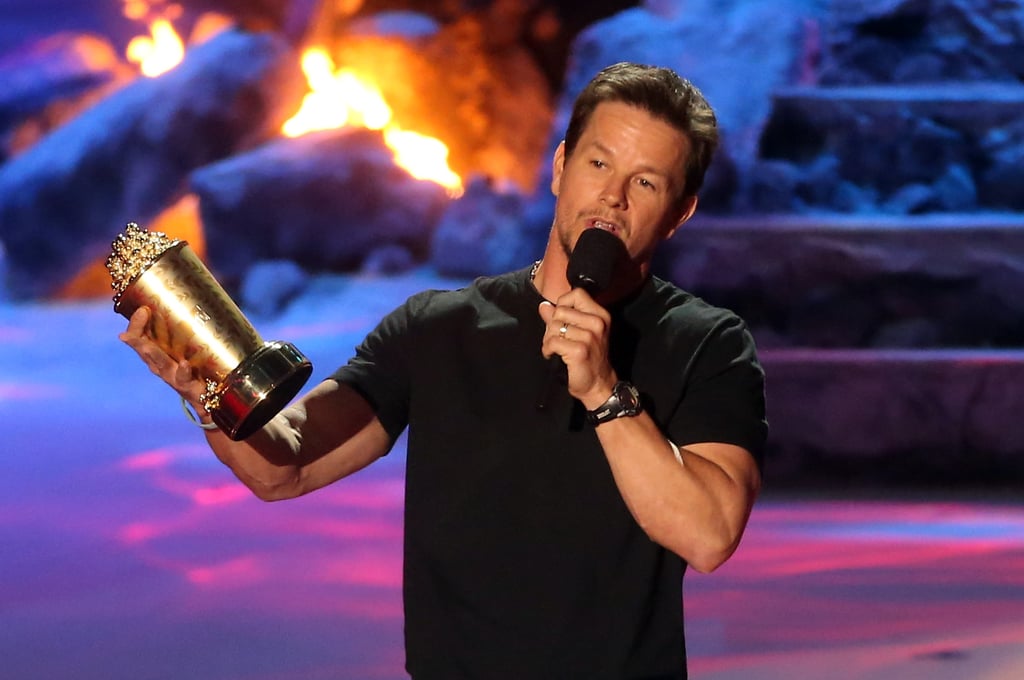 What Was Going On With Mark Wahlberg's Speech — Besides Swearing?

There were so many bleeps in Mark Wahlberg's acceptance speech at the MTV Movie Awards on Sunday night, it was hard to figure out what exactly was going on. After a montage of his impressive career, Mark took the stage to pick up the MTV generation award. The lifetime achievement award is given to "an artist who has shown us a variety of impressive roles, a personal and professional flair and of course, an awesome level of talent" and has been won by the likes of Tom Cruise, Jim Carrey, and Reese Witherspoon (but not Jennifer Aniston, as Mark thought). In his speech, Mark proceeded to cover a range of topics. They included:

Check out the video below. We'll take what he's drinking!

Beauty News
The Hair, Makeup, and Nails at the MTV Awards Were Just as Extra as the Show Itself
by Jessica Harrington 5/17

Chase Stokes
Someone Pass the Windex, 'Cause Chase Stokes in a Sheer Fendi Top Is Fogging Up Our Screens
by Victoria Messina 5/17