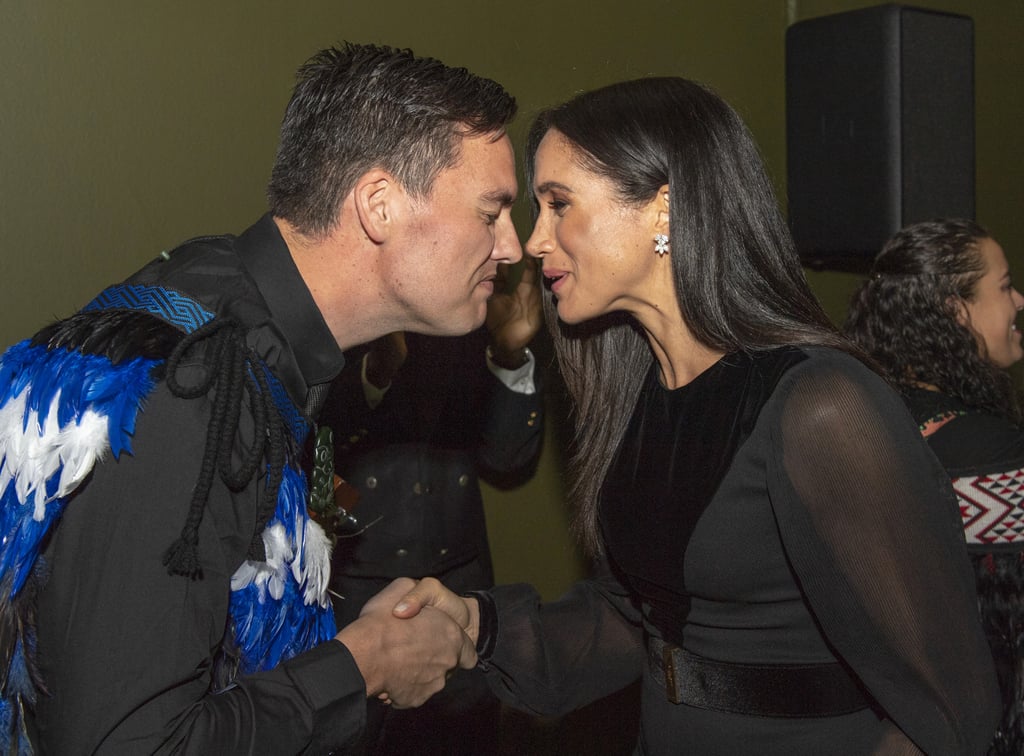 Meghan Markle hit a milestone on Tuesday when she took part in her first official solo royal engagement since marrying Prince Harry. The Duchess of Sussex was invited to the opening of "Oceania," a new exhibition at London's Royal Academy of Arts, and this time, she was on her own. People were eager to see how she would fare without Prince Harry there to guide her through the maze that is royal protocol (as he so sweetly did on so many of their early appearances), but it won't come as a surprise to anyone that she took it all in stride.

During her visit, Meghan greeted New Zealand's high commissioner Sir Jerry Mateparae and a few other guests with a hongi, which is a Maori nose rubbing greeting. "We thought it might be a nice bit of practice before she comes to the Pacific next month, and it's nice to be able to practice something that's customary for us," artist Sarah Hudson said, referring to the royal's upcoming trip with Harry to Australia and New Zealand in October.

Meghan seems to be settling into her new role with ease, whether she's giving a speech (without cue cards) or dealing with naughty toddlers. In fact, New Zealand's associate minister of arts Carmel Sepuloni told People that it was a "great honor" to have Meghan "attend this event as her first solo duty as a member of the royal family." Her latest outing was yet another example of why the former actress is the perfect modern royal. See all the photos from her appearance ahead.