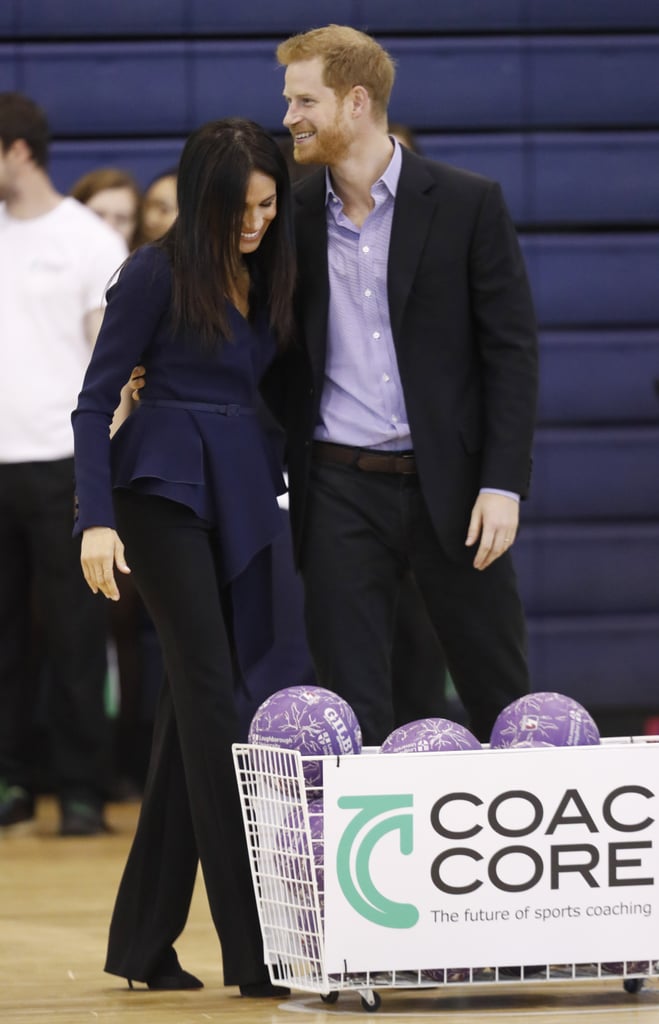 Prince Harry and Meghan Markle made another memorable appearance on Monday as they traveled to Loughborough, England, for the inaugural Coach Core Awards. Part of the Royal Foundation, Coach Core is an apprenticeship scheme that helps young people to build careers in sport. It was launched by Harry, alongside Prince William and Kate Middleton, back in 2012. Last year, the trio attended the graduation ceremony, but this time around, Harry brought his wife along instead, and they looked excited to meet members of the scheme and see how the program is evolving.

Meghan has been very busy with her philanthropic duties of late. Last week, she launched her first solo project as a member of the royal family, Together: Our Community Cookbook, with the Hubb Community Kitchen. She hosted a lunch in the gardens of Kensington Palace, with her mom and husband by her side. On Tuesday, she will return to London to make her first solo official royal appearance, when she attends the opening of a new exhibition at the Royal Academy of Arts. We're excited to see her step out without Harry for the first time, but before that, we have one more loved-up appearance to swoon over. See all the pictures of the royal couple during their latest outing ahead, then get details on Meghan's top and her shell necklace.