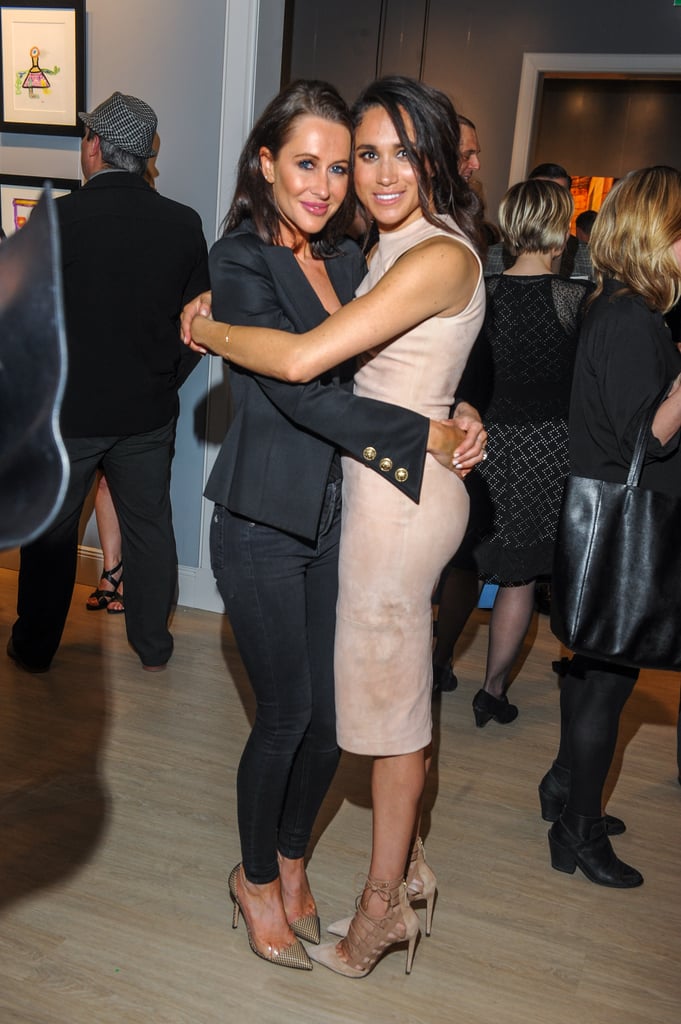 Despite rumors of a fallout, Meghan Markle and Jessica Mulroney still remain close. On Dec. 15, all six episodes of Markle and Prince Harry's Netflix docuseries, "Harry & Meghan," premiered, and while Mulroney herself isn't featured as one of the talking heads, she is included in some of the footage featured throughout.

While Markle's rep declined to comment and Mulroney's did not immediately respond to POPSUGAR's request, according to "Entertainment Tonight," the Duchess of Sussex reportedly remains "loyal to her dear friend" following Mulroney's controversy with Sasha Exeter in 2020. Per The Cut, Exeter claimed that Mulroney attempted to threaten her livelihood and silence her. In a video, Exeter explained that Mulroney perceived a generic call-to-action post Exeter shared as directed at her because Mulroney had not posted anything in regard to the Black Lives Matter movement on Instagram. Exeter claimed Mulroney lashed out at her over messages and texts and allegedly threatened to talk to her sponsors.

Of Markle and Mulroney's friendship, a source told "ET," "While Jessica's comments have been misguided and tone-deaf, Meghan has not given up on her." On Instagram Stories, Mulroney previously addressed the status of her and Markle's friendship, writing, "I'm going to tell this once and for all. Meghan and I are family. She is the kindest friend and has checked up on me everyday. Tabloid culture is atrocious. It creates lies and hurtful storyline. Stop feeding into it. Done."

The insider also told "ET," "Jessica publicly apologized for the controversy and has been on a journey to better herself and become aware of the unconscious bias that exists in society."

Markle and Mulroney first hit it off after Markle moved from LA to Toronto to film her show "Suits," and they immediately forged a friendship. Mulroney even served as a bridesmaid at Markle's wedding to Harry in May 2018, as did all three of Mulroney's kids, daughter Isabel and twins Brian and John.

See some of Mulroney and Markle's friendship moments ahead.