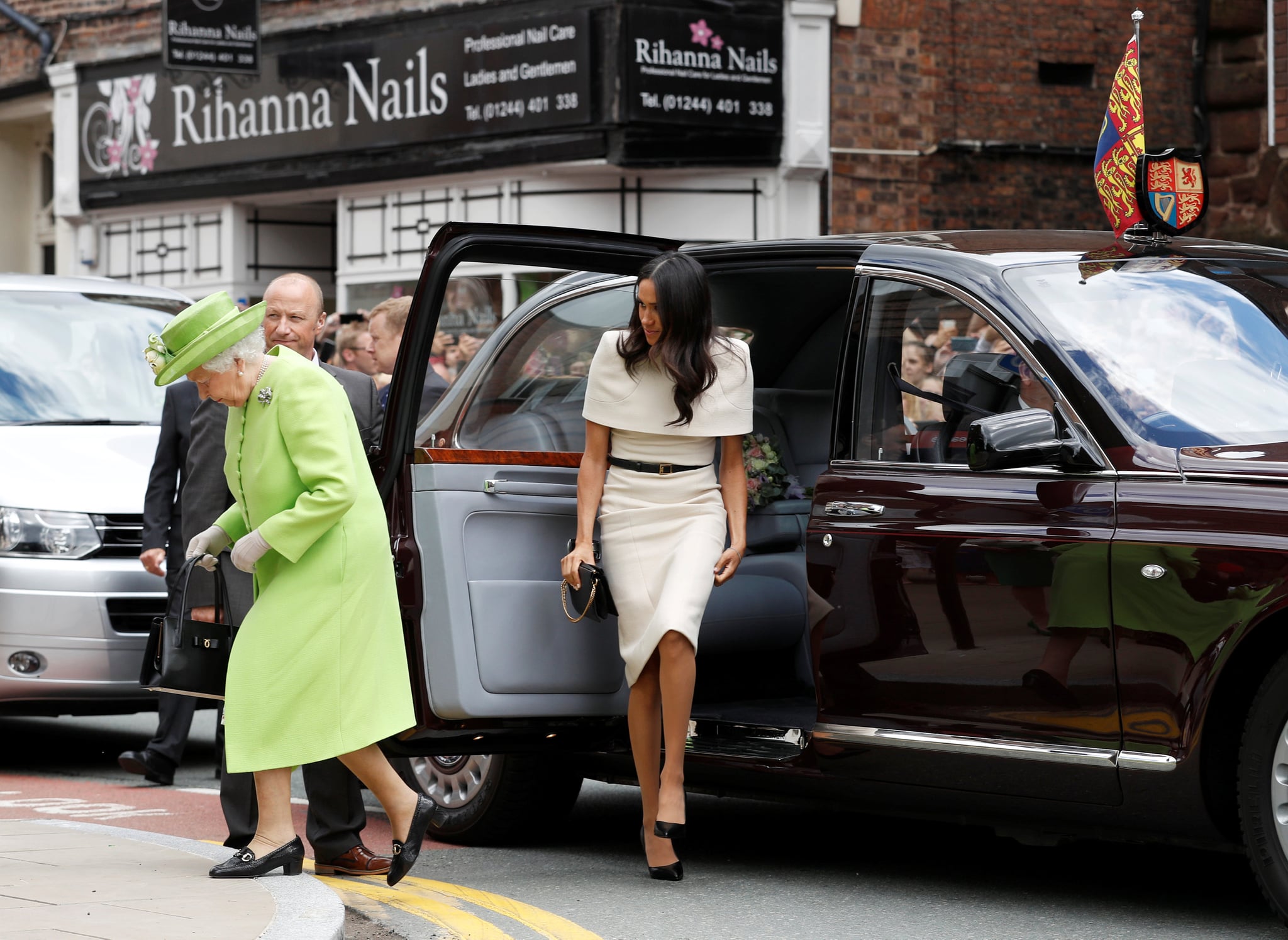 Meghan Markle is jumping right into her royal duties since reportedly returning from her honeymoon with Prince Harry last week. On Thursday, the newly titled Duchess of Sussex had her first one-on-one outing with Queen Elizabeth II, where the two were as poised as ever for engagements in Cheshire. It's no secret Meghan is still learning all the ins and outs of royal etiquette, such as when to curtsy to the queen and all the different people she has to curtsy to, but during her first royal engagement without Prince Harry by her side, it looked like she still had some questions.

As the duo walked to get into the queen's Bentley, Meghan paused to ask the staff standing nearby if she should scoot in first — a royal dilemma. She then asked the queen, "What's your preference?" and it appeared that the queen told her to go into the car first. Although Julie Andrews told Anne Hathaway in Princess Diaries that a queen "never slides," a British etiquette expert wrote on Twitter that it's actually Queen Elizabeth's preference to sit behind the driver, "not because of protocol." Watch the swiftly avoided awkward moment below, and check out all the photos of Meghan's Givenchy dress from their outing.