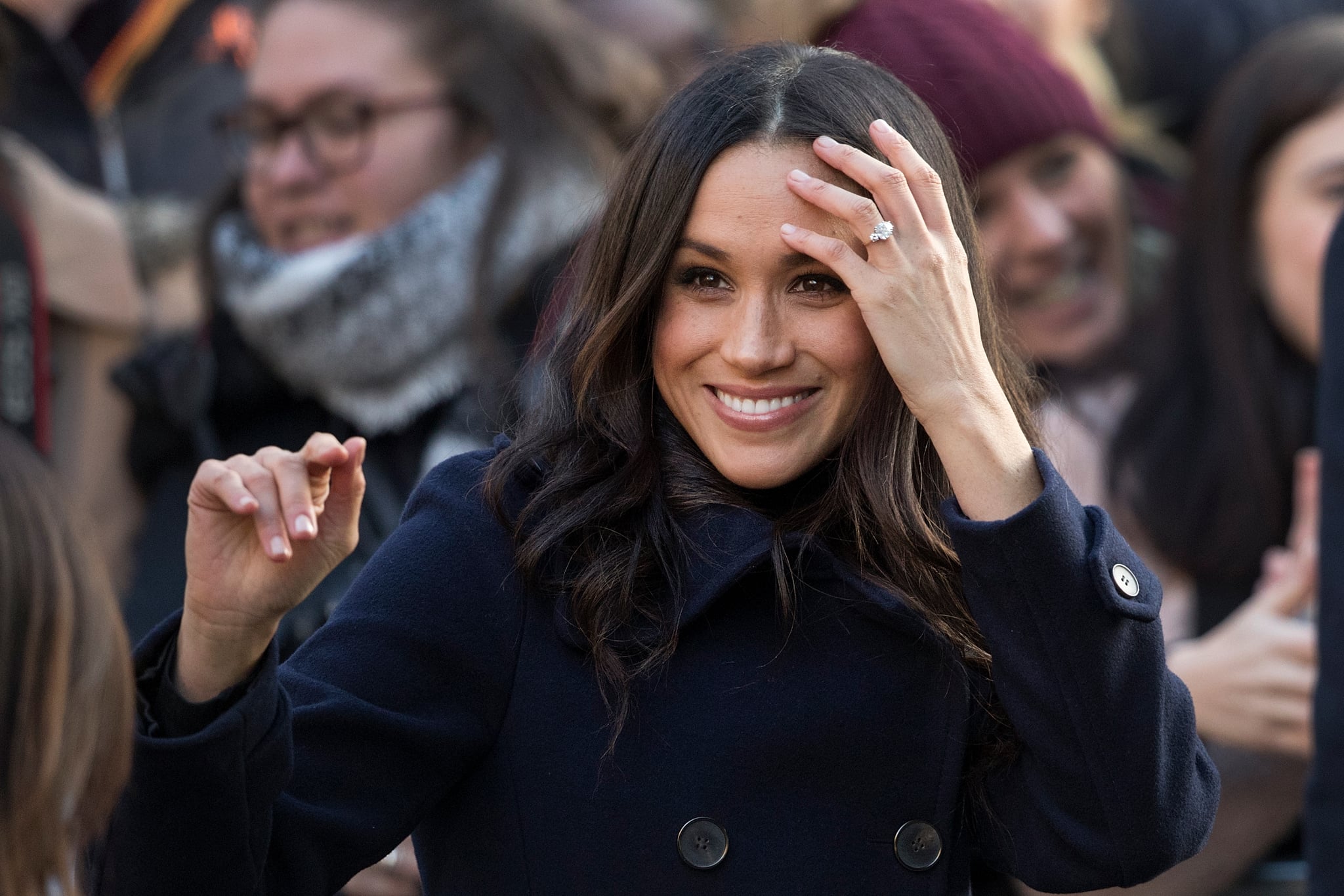 Now that Meghan Markle is a member of the royal family, she's knee-deep in a lot of new etiquette rules — literally. No amount of binge-watching The Crown is going to prepare her for how to meet, greet, and show respect to members of her new extended family, which includes the age-old and slightly confusing curtsy.

Female members of the family are given lower rank than male members, and until recently, wives of the queen's sons were given higher rank than her daughters and granddaughters.

There's no law that enforces a curtsy, and just a few years ago, Queen Elizabeth II herself admitted that she doesn't expect to be curtsyed to by the women she meets in public. But it is considered a sign of great respect, which is why it's remained such a tradition, whether the family is at a state function, official event, or celebrating Christmas in Sandringham.

Female members of the family are given lower rank than male members, and until recently, wives of the queen's sons were given higher rank than her daughters and granddaughters. However, now "blood princesses" like Anne, Beatrice, Eugenie, Alexandra, and even 3-year-old Charlotte are given precedence over women who have married into the royal family, like Sophie, Countess of Wessex, Kate Middleton, and Meghan Markle.

Related:
Watch the Moment Prince Harry Nudged Meghan Markle to Curtsy to the Queen — It's SO Cute

So, who will the Duchess of Sussex be curtsying to? Her sister-in-law Kate, for one, as she's married to a future king. Same goes for Prince Charles's wife, Camilla Parker Bowles. Meghan will also curtsy to "blood princesses" like Anne, the daughter of the sovereign, as well as Prince Andrew's daughters, Beatrice and Eugenie. When it comes to men in the family, Meghan should curtsy to anyone with a prince title. No title, no curtsy. But because of a pretty outdated rule that states that a woman's status is "validated by her royal husband," Meghan won't have to curtsy to Sophie, Countess of Wessex unless her husband, Prince Edward, is in the room. And if Harry is around, even blood princesses like Beatrice, Eugenie, and Anne's daughter Zara Tindall should curtsy to Meghan. Are you royally confused yet?