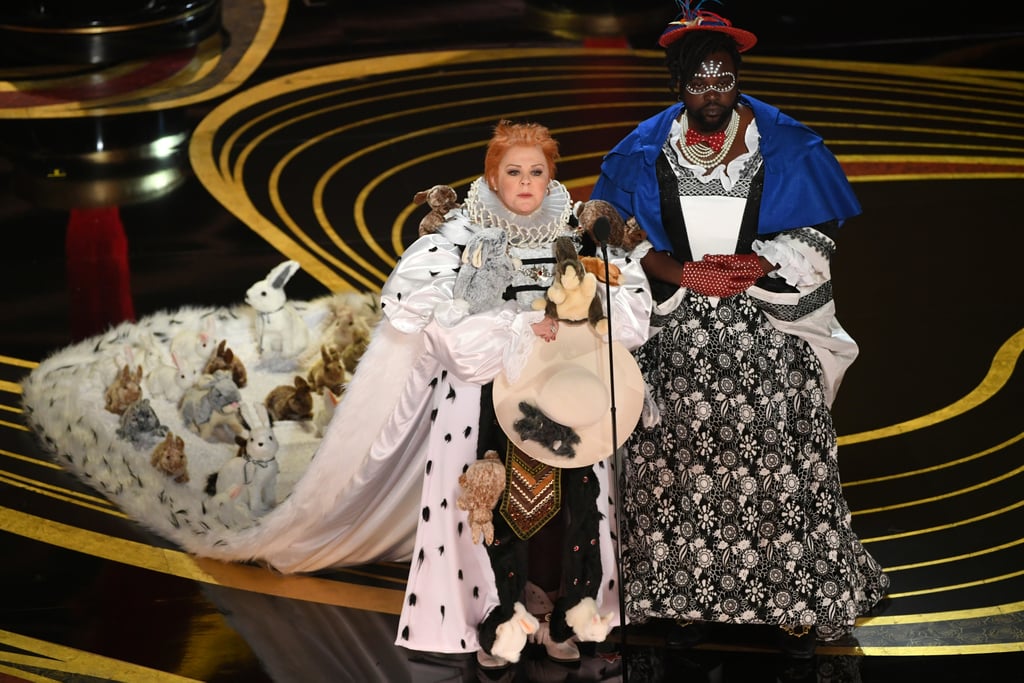 Is it too late to submit a nominee for best costume design at the 2019 Academy Awards? While presenting the award, Melissa McCarthy and Brian Tyree Henry pulled up to the stage looking like last-minute contenders. The duo honored every movie nominated — Black Panther, The Ballad of Buster Scruggs, The Favourite, Mary Poppins Returns, and Mary Queen of Scots — looking like the human embodiment of a movie set's dressing room.

Ruth E. Carter of Black Panther won the award, and Melissa and Brian won the internet. We think we've just found the cast for a Favourite sequel — stuffed bunnies, included! "These artists create a prestige of textiles with authenticity yet never distract from the story," Melissa said, as her bunnies distracted us from the show. "Costume designers construct the looks around a character to a particular time and place in the subtlest, subtlest of ways." Very subtle indeed!

Ahead, see photos of Melissa and Brian presenting at the Oscars and consider this our vote for the duo to host next year's show.