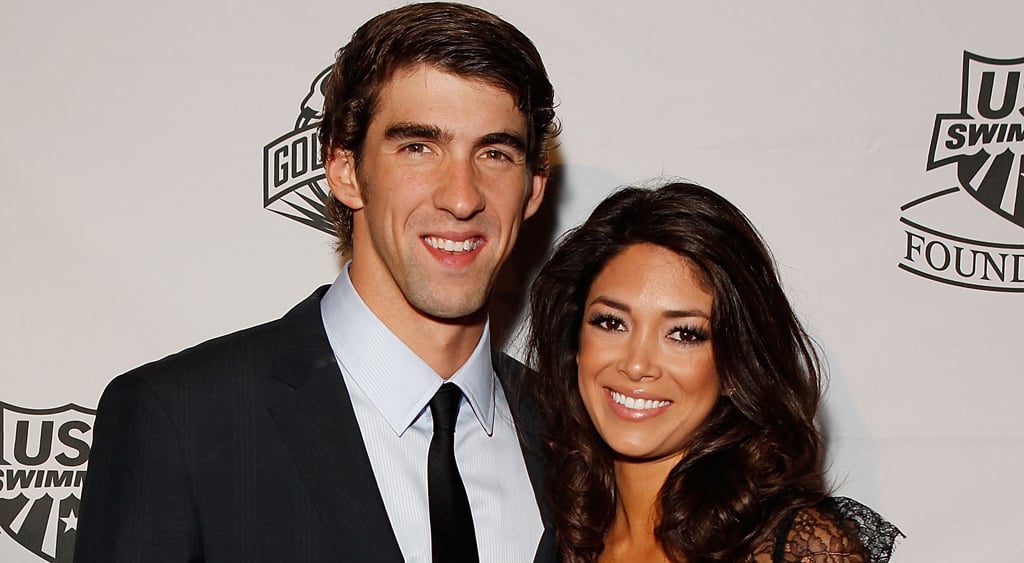 Michael Phelps and Nicole Johnson Are Engaged — See Her Ring!

Michael Phelps is taking his relationship to the next level. On Saturday, the Olympic swimmer announced that he popped the question to his girlfriend, Nicole Johnson, and as he captioned an adorable Instagram of the pair, "She said yes." Nicole, a former Miss California USA, shared their exciting engagement news in a photo of her own, writing, "I'm gonna be a Mrs. [Phelps]." Meanwhile, Michael's trainer and Olympian Allison Schmitt gave us a close-up of the diamond ring Michael gave Nicole. It's been about eight years since the couple first hit it off in 2007. The couple reportedly got back together last year after splitting in 2011.

In the meantime, Michael has faced some personal challenges: last September, the 18-time Olympic gold medalist was arrested for driving under the influence for the second time, after which he took to Twitter with a heartfelt apology. The following month, Michael announced his plans to enter rehab "to better understand myself" and "make better decisions in the future." Keep reading to see Michael and Nicole's snow-filled pictures and her new sparkler, and then check out even more celebrity engagement rings.