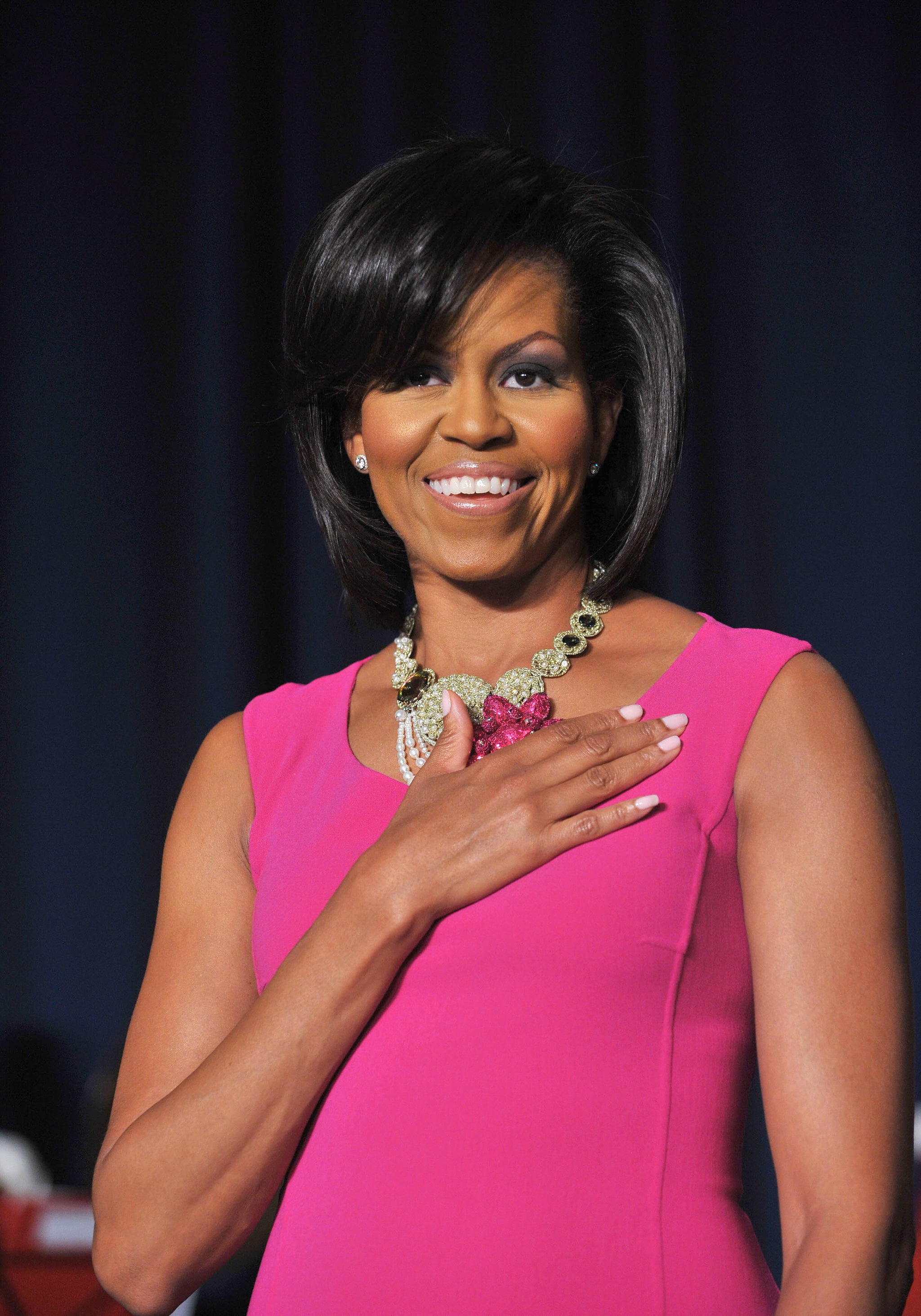 Michelle Obama celebrates her 51st birthday this weekend, and she's showing no signs of slowing down. The quintessentially modern first lady has gone all in for the causes she cares about, including military families, childhood obesity, and college education for low-income Americans. Through her own life and decisions, she's set an example of what it means to be a determined professional, mother of two, and supportive wife in a love-filled marriage. Michelle's down-to-earth style and demeanor are refreshing for many Americans who look to their public figures for inspiration, regardless of political persuasion. In honor of her birthday, we're counting down 50 reasons to love and appreciate the FLOTUS!

Celebrity Style
We Ranked All of the Fab Coats From Inauguration Day, and It Was No Easy Task
by Yerin Kim 5 days ago

by Grayson Gilcrease 27 minutes ago