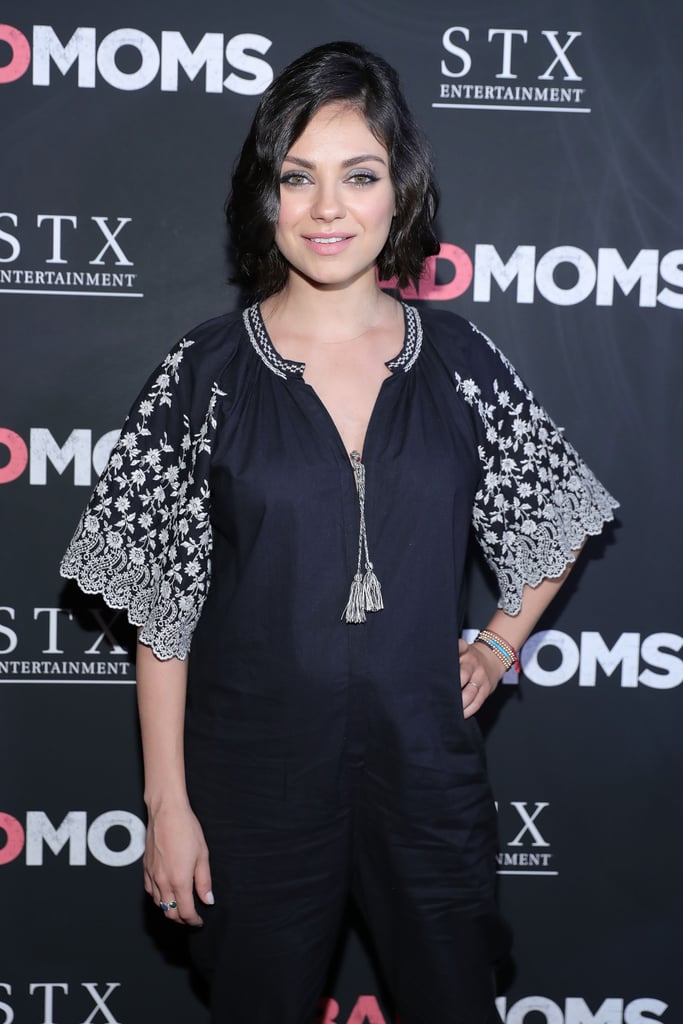 Mila Kunis popped up at the NYC premiere of her latest comedy, Bad Moms, on Monday evening. The actress — who is expecting her second child with husband Ashton Kutcher — rocked a noticeably shorter 'do, which was most likely a faux bob, and covered up her baby bump in a floral-print jumpsuit. Upon her arrival, Mila linked up with her costars, Annie Mumolo and Kathryn Hahn, but noticeably missing was Ashton, who's been busy with his Motorola campaign. While the film doesn't hit theaters until July 29, POPSUGAR recently caught up with Mila and she opened up about everything from her daughter Wyatt Isabelle to why comparing yourself to other moms is a bad idea. Keep reading to see more photos, then find out how Mila's friendship with Ashton turned into romance.