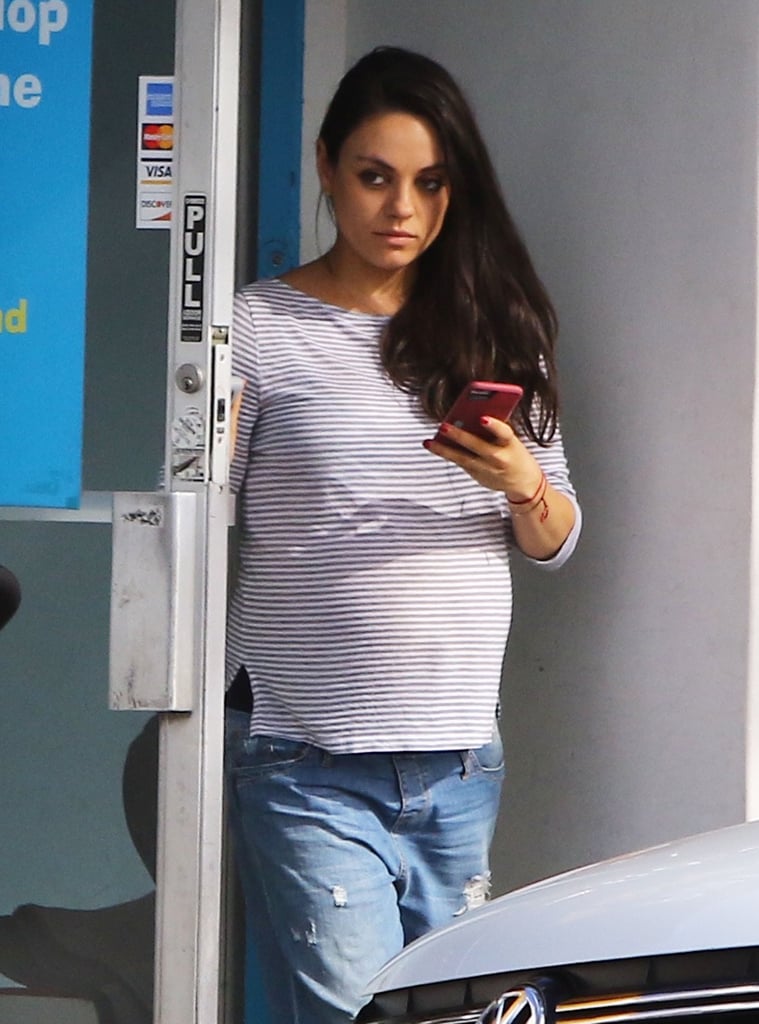 A fresh-faced Mila Kunis was spotted out and about in LA on Tuesday afternoon. Clad in boyfriend jeans and a striped top, the expectant mom appeared calm and relaxed as she ran errands around town. Mila grabbed headlines earlier this month following her brutally honest essay about gender bias, which was posted on husband Ashton Kutcher's website. In her post, Mila talked about a recent experience she had with an unnamed producer who threatened her career after she refused to strip down for a magazine cover to open up a larger discussion about gender inequality in the professional world. She also addressed the gender wage gap and her own personal attempts to push back against modern sexism.

Gigi Hadid
Outfit Obsession: I Could Lounge Around in Gigi Hadid's $50 Tank Dress All Day Long
by Sarah Wasilak 1 day ago

Emma Roberts
Emma Roberts Opened Up About Pregnancy, Fertility, and Why She Decided to Freeze Her Eggs
by Murphy Moroney 3 weeks ago

Celebrity Pregnancies
Leslie Odom Jr. and Nicolette Robinson Are Expecting Their Second Child in March 2021
by Karenna Meredith 3 weeks ago