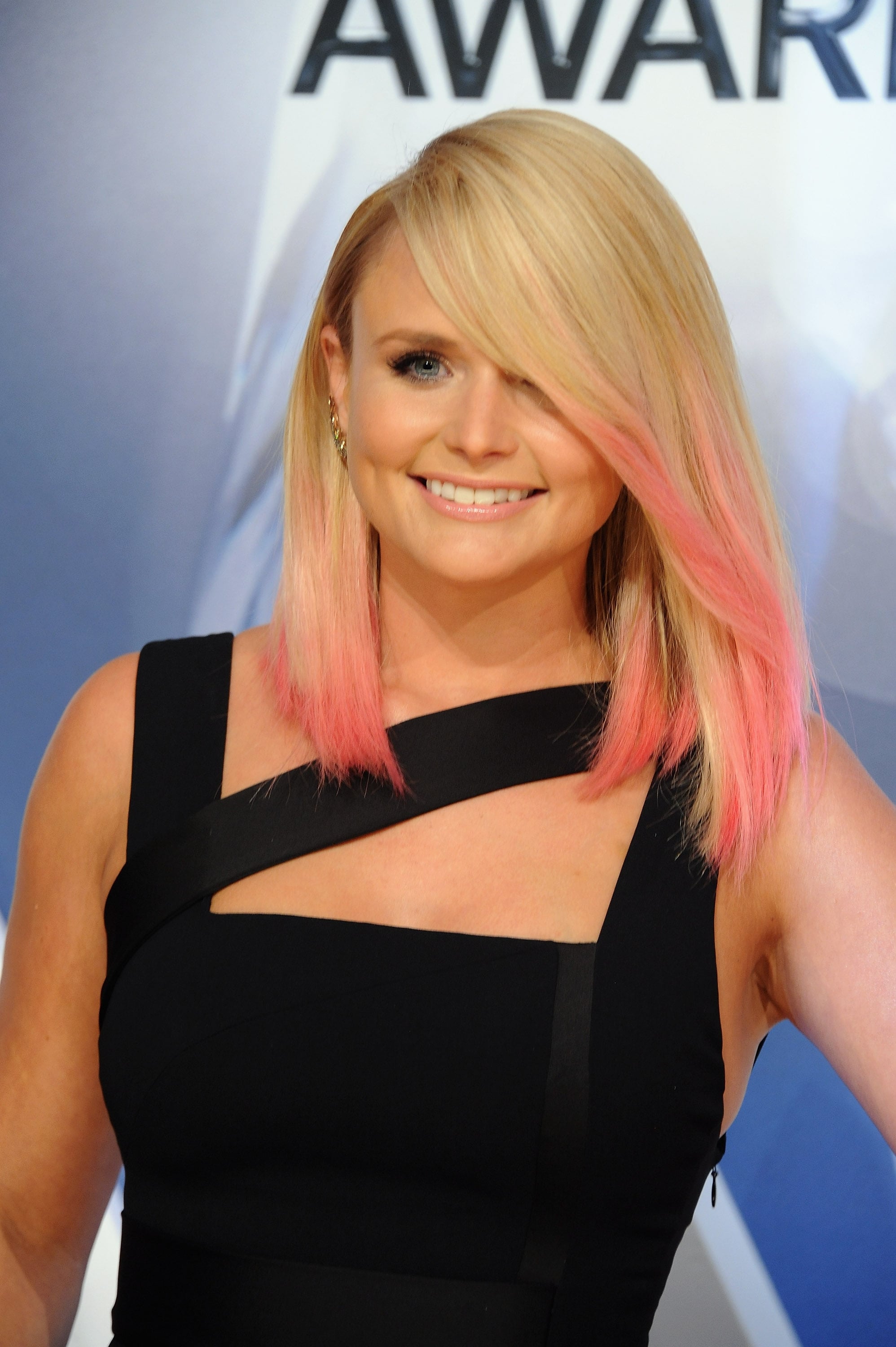 The Country Music Association Awards is considered the Superbowl of country music, and this year, it's especially big for Miranda Lambert: she's up for four awards, including entertainer of the year. The appearance comes amid speculation that her ex, Blake Shelton, has been seeing Gwen Stefani. Gwen's rep recently confirmed that the singer is dating Blake, but a source suggested Miranda "isn't surprised" by their new romance.

Miranda turned heads while walking the red carpet on Wednesday wearing a figure-hugging black gown with pastel pink hair tips, which is a bold move for the singer! What do you think of Miranda's pop of color? Let us know by voting below, and be sure to keep track of all the CMA coverage.