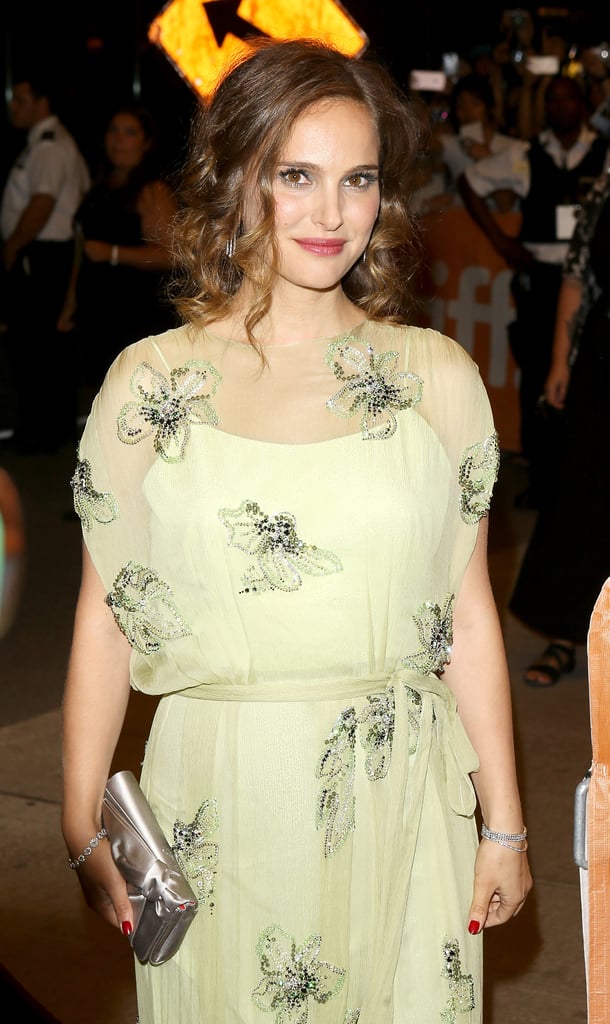 After putting her newfound friendship with Lily-Rose Depp on display at the premiere of Planetarium over the weekend, Natalie Portman attended the Toronto Film Festival debut of her other new film, Jackie, looking like a complete goddess. The actress, who is currently expecting her second child with husband Benjamin Millepied, stunned in a yellow gown and practically glowed as she made her way down the red carpet.

News of Natalie's pregnancy broke on Thursday after the Oscar winner appeared to show off her baby bump when she hit the red carpet at the Venice Film Festival in Italy. Natalie and Benjamin, who tied the knot in 2012, are already parents to 5-year-old son Aleph.