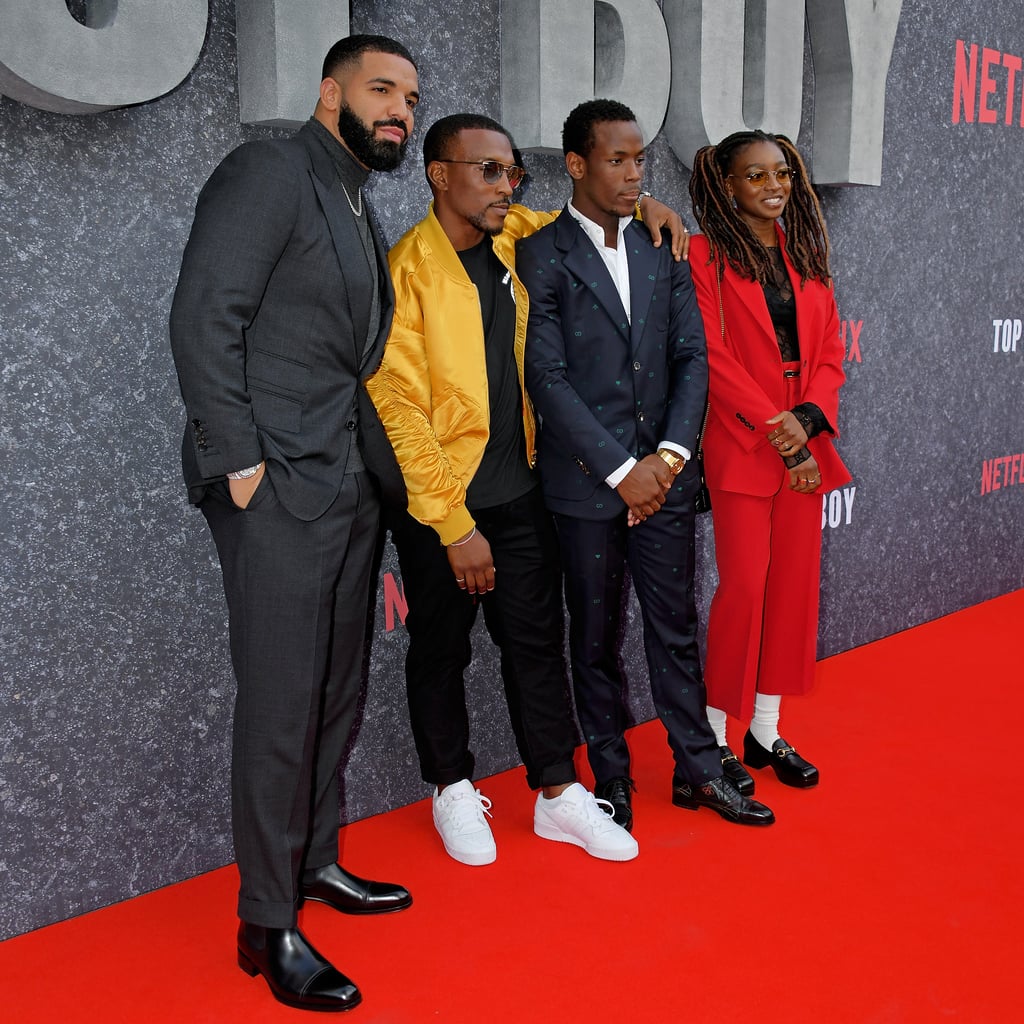 Netflix's long-awaited revival of British drama Top Boy is quickly approaching, and with the world premiere taking place in London on Wednesday night, we're more excited than ever. The cast walked the red carpet and were joined by Drake, who is one of the key reasons the show is returning for the first time since it was canceled in 2013.

The show will pick up where the initial Channel 4 run left off — specifically, the first episode will kick off as Dushane returns from exile to his home in London to reclaim his throne in the highly lucrative drug market. Speaking at the world premiere, which took place where the show is set, in Hackney, London, Drake explained why he was driven to revive the show. He said that he grew attached to Top Boy's original storyline and characters because of the similar scenarios he experienced while growing up in Toronto, Canada. When the show suddenly disappeared from his television, he realized it had been canceled and decided to take matters into his own hands.

Netflix confirmed the revival back in November 2017, so our return to East London has been a long time coming. The show will premiere on the streaming platform on Sept. 13.