WVNS-TV 59 anchor Dan Thorn knows how to get down during commercial breaks. The West Virginia-based news anchor was caught on camera dancing up a storm to TI's "Where They at Doe?" during a break in broadcast. Despite the fact that his coanchor, Sarah Pisciuneri, looked less than impressed with his energetic moves, Dan soldiered on throughout the entire song, including grabbing Sarah's tablet to raise the roof. Dan clearly wasn't embarrassed by his dance break, as he uploaded the video of his moves to his personal YouTube account. Watch the hilarious clip above, and be sure to check out more must-see viral videos.

Harry Styles
Thank You, Harry Styles, For Giving This Spot-On Dating Advice in the Middle of a Concert
by Victoria Messina 3 weeks ago 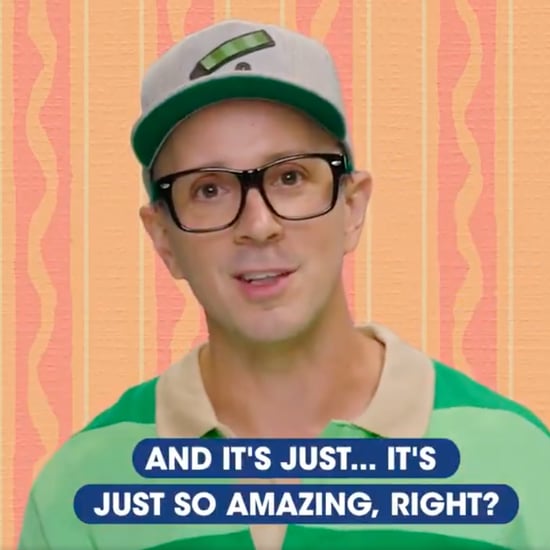 Nostalgia
"I Never Forgot You, Ever": Steve From Blue's Clues Fully Has Me Tearing Up 25 Years Later
by Chanel Vargas 9/08