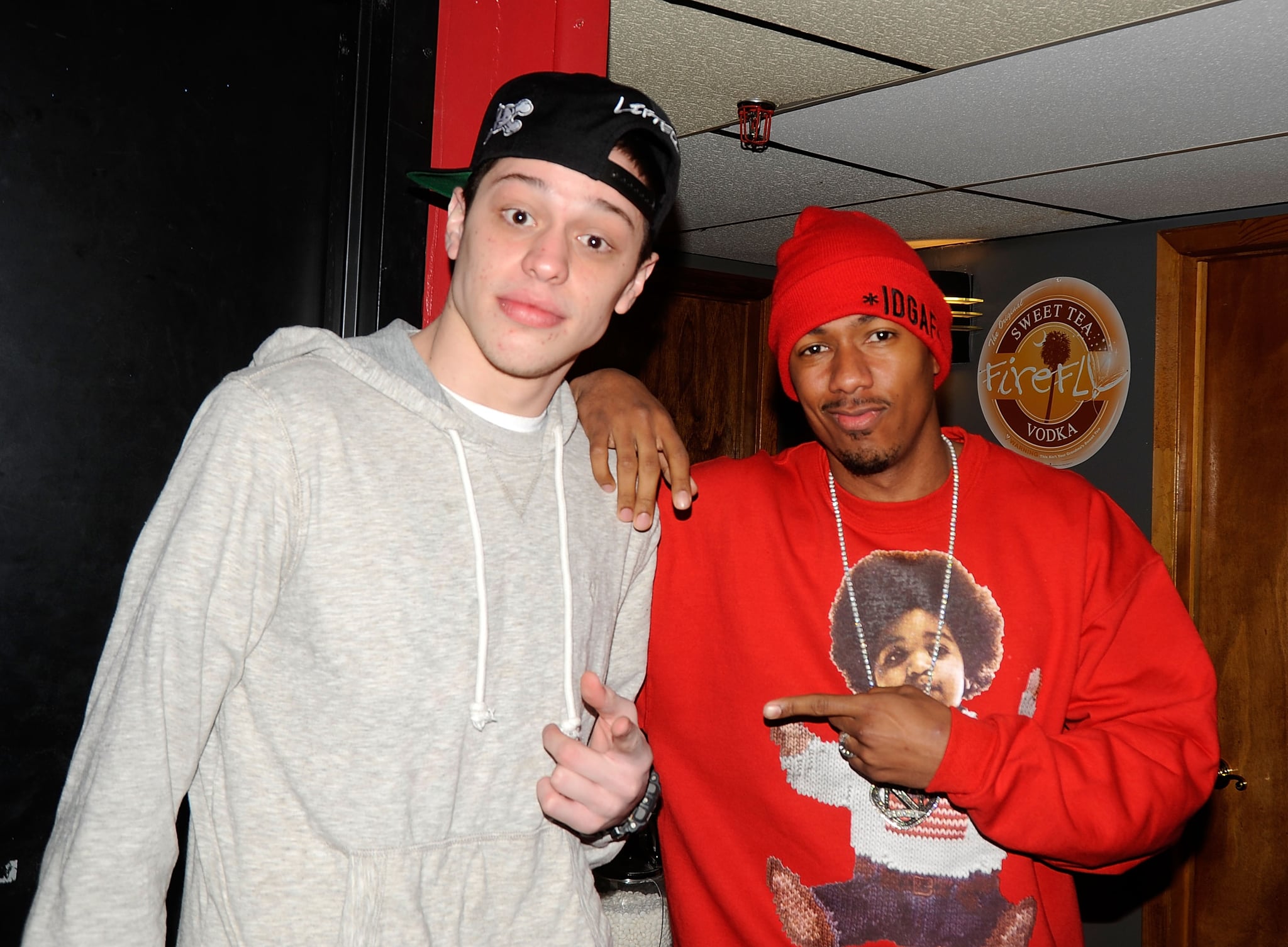 Another day, another addition to our Ariana Grande and Pete Davidson relationship timeline. After completely surprising fans with the announcement of their sudden engagement, Nick Cannon has revealed he found out Pete was going to pop the question a few days before he actually did. In an interview with Entertainment Tonight, the Wild 'n Out host said he called and gave close friend Pete his blessing.

"He called before he was going to do it, and I said, 'Salud!'" Nick said. "He was really excited, so I was like, 'I love it, man. Keep it going.' Love is in the air!" (Love was definitely in the air at Disneyland where the two couldn't keep their hands off each other. . . on Space Mountain.)

Related:
All the Photos Ariana Grande and Pete Davidson Have Shared Together — So Far

After getting engaged to Mariah Carey after a few weeks of dating in 2008, Nick has nothing but support for his friend's relationship. "To see them together. . . and I've been one of those dudes with one of those fantasy, fantastic relationships where you just go off and get married, so I was like, 'Do it,'" he said. "I've congratulated Pete. I haven't spoken to Ariana, but I'm happy for them . . . I think they're outstanding. They're young people in love and you can't knock that. It's like The Notebook. I'm up for all weddings. I'll officiate. I don't know how long they'll last if you let me do it, but I'm up for it."

Well, there you have it! Ari and Pete, if you're in any rush whatsoever, Nick seems ready and willing to offer his services, and I'm definitely available to be the flower girl.