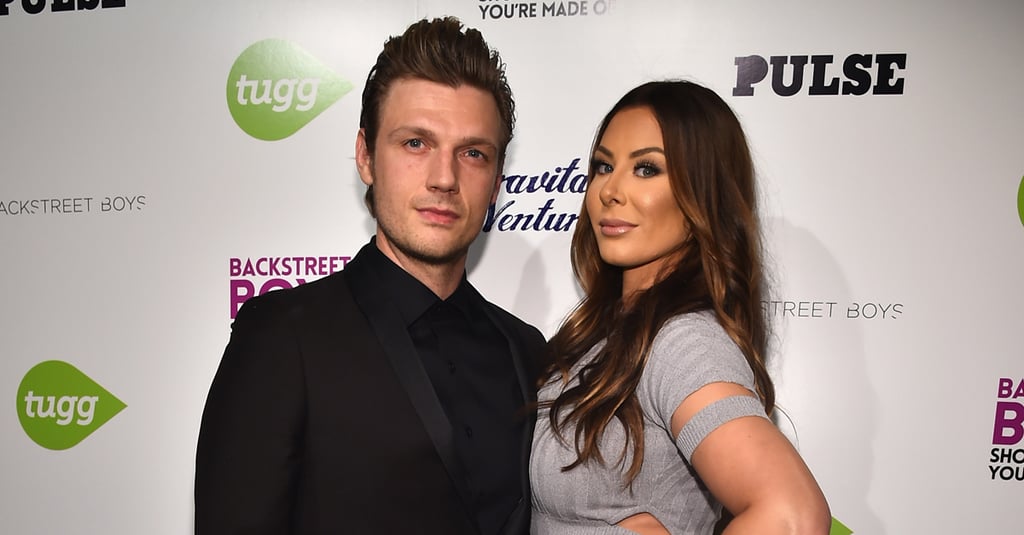 Nick Carter and his wife, Lauren Kitt, are expecting their first child together. On Monday, Nick took to Twitter and revealed that Lauren is pregnant with a baby boy. According to Us Weekly, Lauren is about four months pregnant and "they are so happy and overjoyed" after "trying and waiting for such a long time." Nick and Lauren wed in an intimate ceremony in Santa Barbara, CA, back in April 2014, and Nick is currently competing on Dancing With the Stars. Congratulations to the happy couple!

Celebrity Couples
Who Has Machine Gun Kelly Dated? Read Up on the Rapper's Quiet Romantic History
by Brea Cubit 23 hours ago