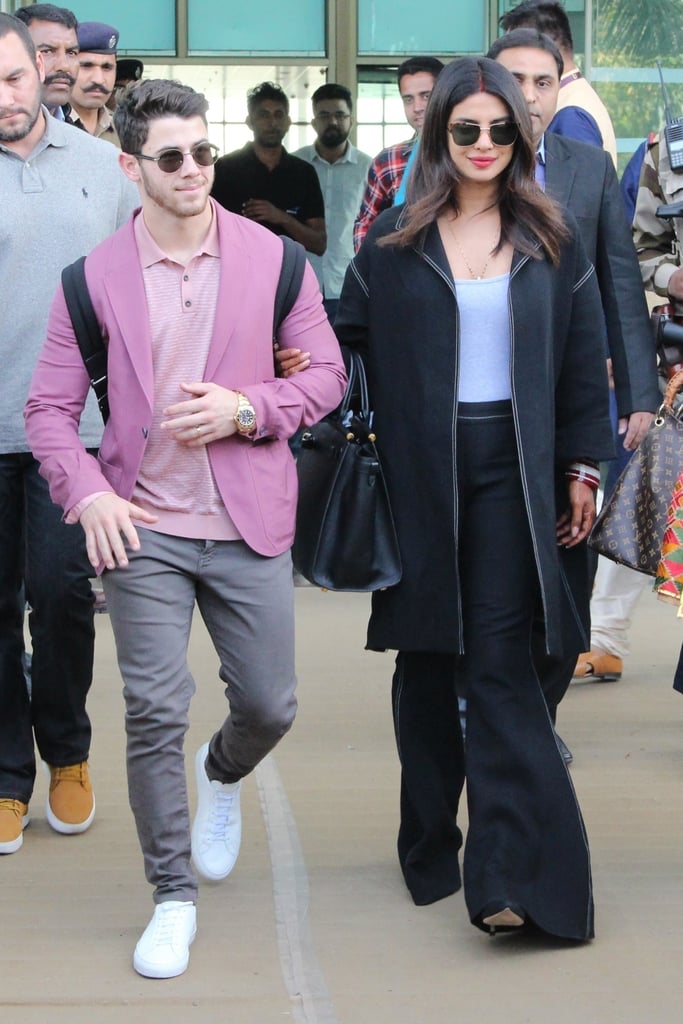 Too Cute! Nick Jonas and Priyanka Chopra Spent Their 1-Week Anniversary at Another Wedding

Remember Nick Jonas and Priyanka Chopra's three-day wedding extravaganza? Of course you do — it was quite the spectacle. Priyanka wore some of the most beautiful dresses we've ever seen (and a 75-foot veil), Nick couldn't hold back his tears as his wife walked down the aisle, and there were tons of performances and smiles to go around throughout the entire jamboree. It all seemed to have happened much more recently than seven days ago, but on Sunday, Nick posted a gorgeous photo of the two at their wedding, captioning it, "One week ago today," with a heart emoji next to Pryinka's Instagram handle. Time flies when you're having fun!

The two also kept the celebrations going during the weekend at a different ceremony. On Dec. 7, the newlyweds were spotted arriving in Udaipur, India, ahead of the marriage of 27-year-old Isha Ambani, the daughter of India's richest man, Mukesh Ambani. They greeted a crowd as they made their way through the Maharana Pratap airport with interlocked arms.

The following day, Priyanka also posted a photo of two place cards that appeared to be from one of Isha's festivities. One said "Nick Jonas" while the other showed off Priyanka's new full name, "Priyanka Chopra Jonas." Other guests at the wedding included Hillary Clinton, Arianna Huffington, and Beyoncé, who performed at a private concert for the new married couple.

Nick and Priyanka were probably getting the wedding day feels all over again as they partied with the rest of the attendees at Isha's gathering. See more photos of the happy couple showing a little PDA after arriving in Udaipur, India, in the photos ahead.