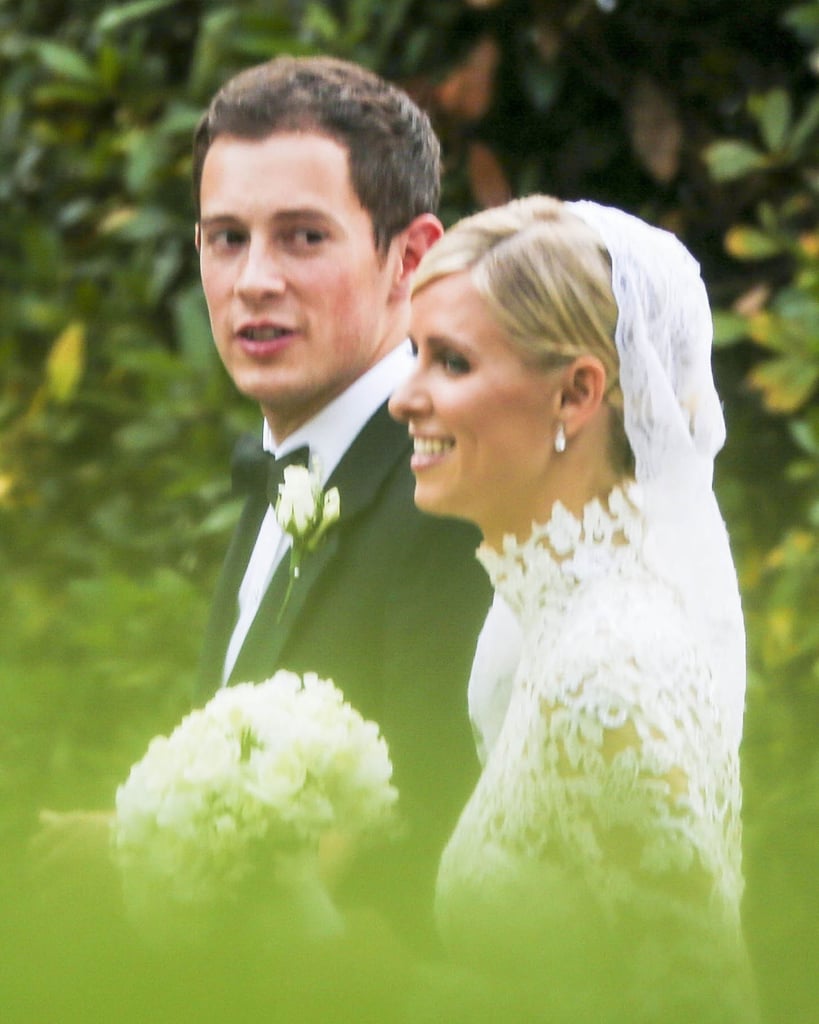 Nicky Hilton married James Rothschild in London on Friday, and the heiress stayed true to chic English glamour in a gorgeous Valentino lace wedding gown. Nicky was first photographed leaving Claridge's Hotel on the arm of her father, Rick, before heading to Kensington Palace for her ceremony. Her older sister, Paris, emerged in a light blue bridesmaid gown with the women's mom, Kathy. Nicky made a stunning bride, as pictures from the ceremony show her and James mingling with guests after officially tying the knot. Earlier that day, pictures showed the wedding setup happening at Kate Middleton and Prince William's home, with People confirming that the ceremony took place in The Orangery, which is located in Kensington Gardens.

The night before their "royal" wedding, Nicky and James, a banking heir, stepped out in style for their prewedding dinner. Family and friends were in attendance for the event, including Paris, who posed for photos in an elegant black gown. James and Nicky got engaged in August 2014 during a trip to Lake Como, Italy, to celebrate their anniversary. According to sources, James flew from his home in England to the states to ask Nicky's parents for her hand in marriage. Keep reading to see more beautiful photos from Nicky's big day!