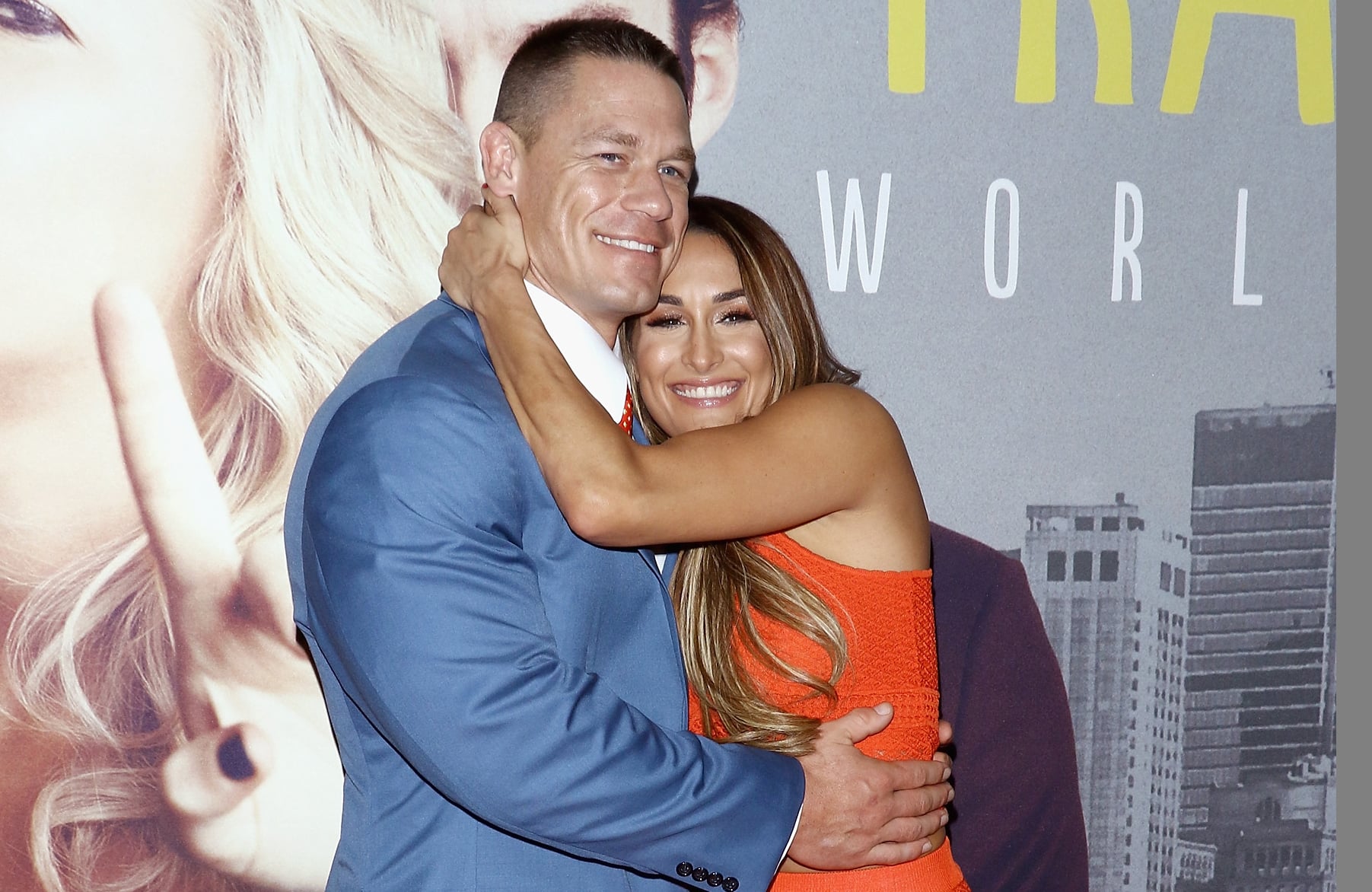 John Cena and Nikki Bella got engaged in front of thousands of fans at Wrestlemania 33 in April, and we can't wait for them to tie the knot. John recently told POPSUGAR that he wants their nuptials to "be a special day," but he "doesn't want to rush into it." While the pair still isn't sure if they're going to televise their wedding, here's everything we know so far about their big day.

John famously popped the question to Nikki at Wrestlemania 33 with a massive 4.5-carat Tiffany & Co. diamond ring. "The ring represents our entire relationship up until this point," John explained on Nikki's YouTube channel. "As with everything that we do for each other, there's always meaning behind it."

Nikki and John have set a date, but they are keeping it a secret for now. The only thing we do know is that the wedding will not be in the Summer or Winter.

In April, Nikki told ET that the nuptials will be black tie. "I want [a] medium [wedding]. I envision, like, 150 people, 'cause I still want to keep it very private and intimate, and my side of the family makes it like 150," Nikki said. "I want black tie. I just love the elegance of black tie, and depending on what season we get married, [there] will be florals. I'm going to have a lot of florals, so I don't know how much they'll cost, but I hear they cost a lot. But I don't care. I want it to be drenched with flowers." She also told Access Hollywood in October that she wants fireworks and a champagne tower just like the one Kate Moss at her 2011 wedding to Jamie Hince. "When I saw Kate Moss's champagne tower from her wedding, I was like, 'Okay, check, I want that,'" she explained. "Who wouldn't want fireworks? Are you serious? Do you understand how long I waited for this? This is, like, a massive celebration."

Nikki found her wedding gown during Bridal Fashion Week in NYC back in April. "I attended Marchesa and when I looked at that line, she got me when they handed me a glass of Perrier Jouet and a macaroon. I was like, 'OK, yes.' And then I saw this dress and I was like, 'That's Princess Grace Kelly.' Like that is what I want so bad," she told E! News. "All the girls warned me, 'Just so you know, like even though you love it sometimes when you try something on it doesn't work.' I put it on and I was like this is the one."

Nikki's twin sister, Brie, and one of her cousins will serve as Nikki's maids of honor. "We've always had a pact since we were little girls [that] we [would be] each other's maid of honors, and so, in her wedding and Brie's wedding, we were both made of honors," Nikki explained to
ET. "So, for sure, I [will] have them two, and now I'm just debating if I add to that or not."

While John and Nikki have yet to decide on a destination, Nikki wants their honeymoon to last at least a week. "It's hard with our schedules, 'cause I want John and I to be able to enjoy it for a week," she said to ET. "I've been Googling top honeymoon spots. I'm like, 'Hmm, where do I want to go now that he'll go past four hours on a plane?"

Celebrity News
Chrishell Stause Calls Out PCAs For Not Allowing Her to Bring G Flip: "I Was Fighting to Get Them In"
by Njera Perkins 19 hours ago

The Royals
Prince Harry Jokes About His and Meghan Markle's NYC "Date Night": "We Don't Get Out Much"
by Noelle Devoe 20 hours ago