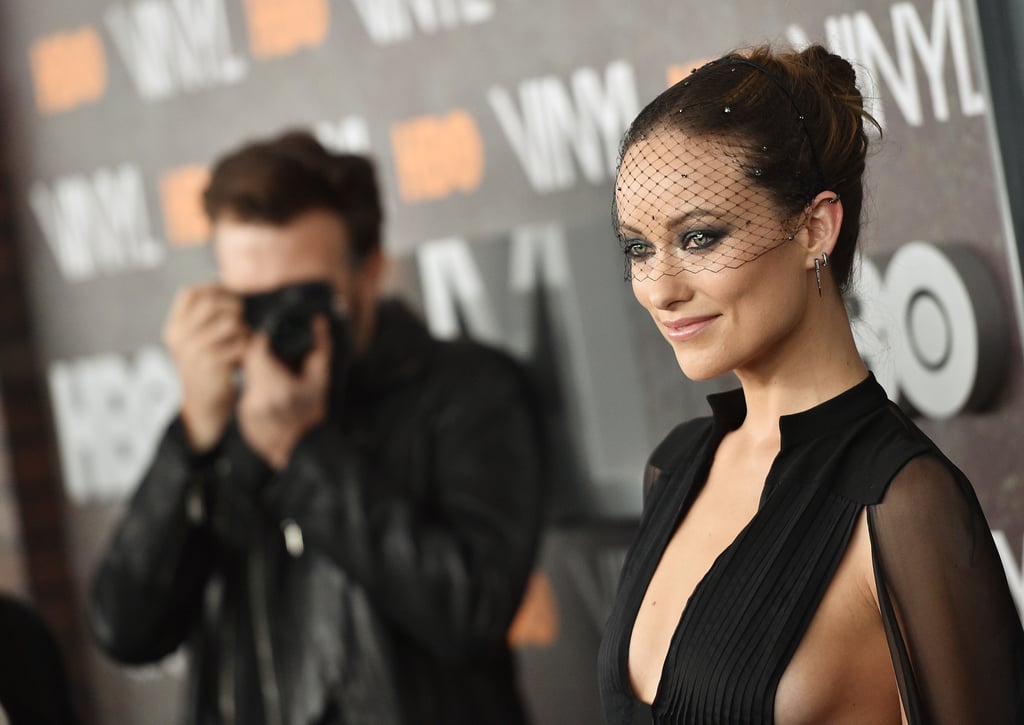 Olivia Wilde steamed up the red carpet at the premiere of her new HBO series Vinyl in NYC on Friday night. The actress stunned in a low-cut black dress and a Jennifer Behr mesh veil as she posed for photos with costar Bobby Cannavale and legendary rocker Mick Jagger, who created the show along with famed director Martin Scorsese. Ray Ramano, Juno Temple, and Mick's 30-year-old son James Jagger also star in the series, which debuts on Feb. 14. On the red carpet, Olivia also had the support of her fiancé, Jason Sudeikis, who playfully snapped pictures of her along with all the other photographers.

Olivia and Jason recently brought their adorable antics to the Golden Globes last Sunday; the couple, who are parents to nearly 2-year-old son Otis, shared a hilarious Instagram snap of their middle fingers while on their way to the event, writing, "Most parties that start at 3pm involve bouncy castles. Don't let us down, Hollywood." Keep reading to see Olivia and Jason on the red carpet, then check out all of their cutest relationship moments over the years.

Red Carpet
Wow, Yvonne Orji Is an Absolute Vision in This Marigold Ball Gown
by Shelcy Joseph 3 days ago

Timothée Chalamet
No, Timothée and Pauline Chalamet Aren't Twins, but These Snaps May Make You Think Otherwise
by Naledi Ushe 4 days ago