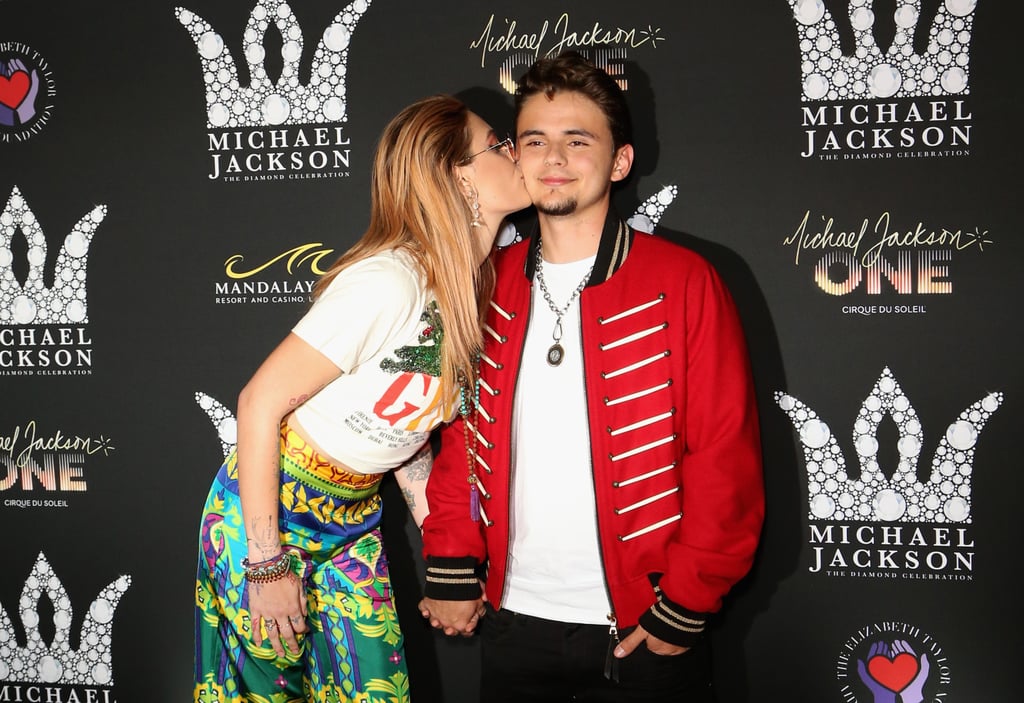 Paris and Prince Jackson were two peas in a pod at their late father's 60th birthday bash on Aug. 29. The siblings attended the Michael Jackson Diamond Birthday Celebration in Las Vegas together and put their tight bond on display by holding hands on the red carpet. While reflecting on her dad's legacy and milestone birthday, Paris told Entertainment Tonight, "We honor him in our own way, and I don't really expect anyone else to understand besides this dude right here," she said of her brother. "I'm just happy to be with him."

During the gala event, the King of Pop's children took the stage — Paris, 20, in a pink ruffled dress and Prince, 21, in a red jacket that resembled one his dad wore — to accept the Elizabeth Taylor Legacy Award on his behalf. The posthumous award honored Michael's humanitarian work with the Elizabeth Taylor AIDS Foundation. Ahead, see photos from Paris and Prince's joint appearance (and be sure to zoom in on the special matching sneakers they wore on stage!).

Baby Names
Macaulay Culkin and Brenda Song Are Parents, and We Love the Name They Chose For Their Son
by Alessia Santoro 2 days ago