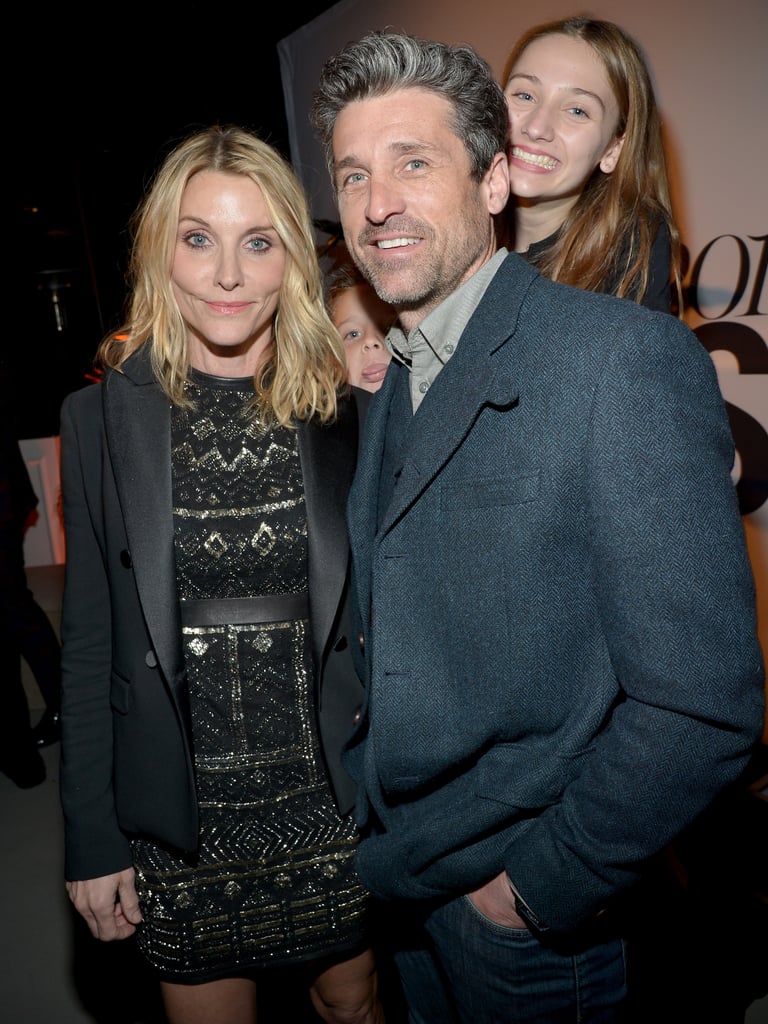 Patrick Dempsey spent the night before his 50th birthday hanging out with his estranged wife, Jillian Fink, and their three kids, Tallula, Darby, and Sullivan. The former Grey's Anatomy star was all smiles as he posed for photos with Jillian at Marie Claire's first-ever Image Maker Awards at the Chateau Marmont in LA. Jillian, who is a makeup artist for stars like Kristen Stewart, Kate Winslet, and Jennifer Lawrence, was being honored at the event. The couple, who announced their split in January 2015, was even photobombed by two of their kids.

Jillian was the one who filed for divorce last Winter, citing irreconcilable differences. The couple then released a statement about their split, saying via their rep, "It is with careful consideration and mutual respect that we have decided to end our marriage. Our primary concern remains the wellbeing of our children, and we ask with profound gratitude that you respect our family's privacy at this very sensitive time." While no news of a reconciliation is known, it's nice to know that Hollywood exes can still be friends!

Kat Dennings
Photos of Kat Dennings and Andrew W.K. For Those Just Finding Out They're Together
by Monica Sisavat 1 hour ago

Kobe Bryant
Vanessa Bryant Honors Kobe Ahead of His Hall of Fame Induction: "Love You Always"
by Monica Sisavat 2 hours ago

Celebrity Families
If You Look Up "Father-Daughter Duo" in the Dictionary, You'll Find Patton and Alice Oswalt
by Emily Weaver 20 hours ago