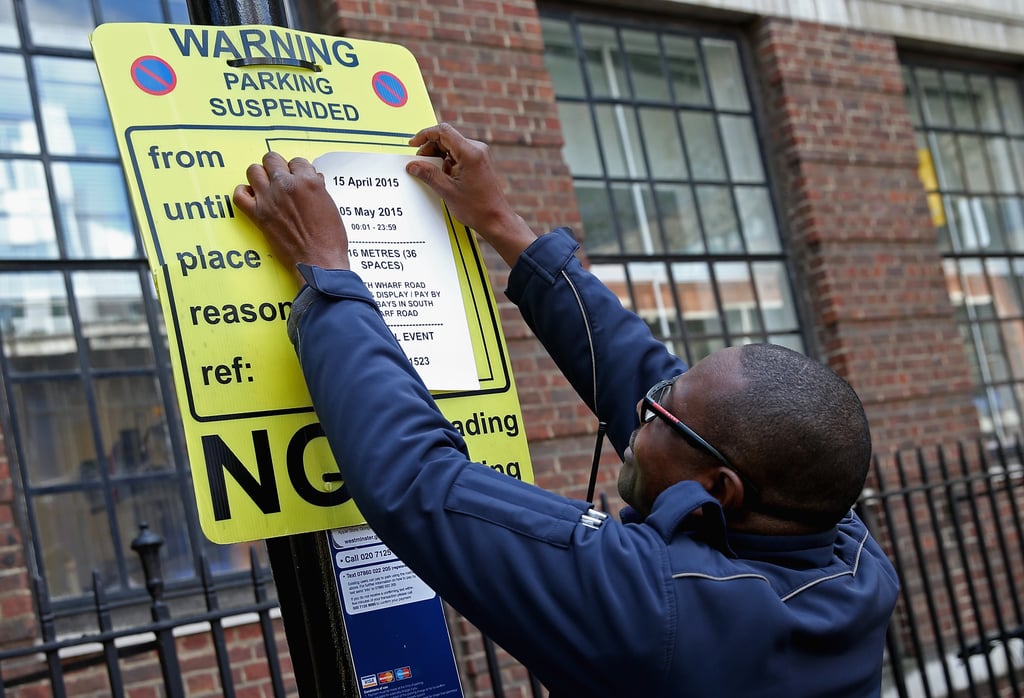 The world has been waiting weeks now for news of Kate Middleton giving birth, but as the duchess reaches one week overdue, the wait continues. Preparations outside of the Lindo Wing of St Mary's Hospital in London, where Kate welcomed Prince George in 2013 and is due to give birth to her second child, have been under way since early April. Though there might not be quite as much fanfare as there was with George's arrival, there is still plenty of interest and excitement, and it's evident in the work that's being done outside the hospital. Signs have been up for weeks restricting parking for a "special event" from April 15 to April 30, but on Wednesday the notice was updated to read from April 15 to May 5, allowing just five more days for the royal baby to make his or her debut.

While barricades are in place to keep cameras and fans away from the hospital door, plenty of royal well-wishers have camped out anyway, and Prince William and Kate have taken notice. On Tuesday, the couple had pastries and warm beverages delivered to show their gratitude. That same day, Kate was photographed driving out of Buckingham Palace after reportedly taking Prince George for a swim in the palace's pool.

While we wait and wonder if the royal couple will welcome a baby boy or a girl and speculate on which name they'll choose, let's take a look at how London is prepping to welcome the fourth in line to the throne.

Previous Next Start Slideshow
The RoyalsKate MiddletonPrince William
Around The Web

Meghan Markle
Meghan Markle, a US Citizen, Is Voting in the Upcoming Election — Where's the Problem in That?
by Monica Sisavat 21 hours ago