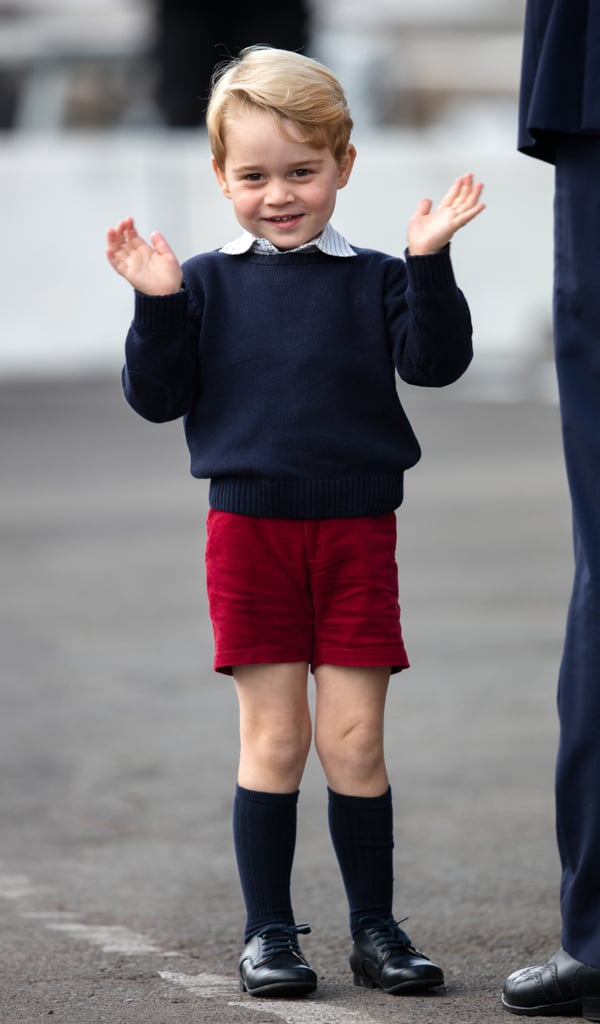 We usually think of Summer as shorts season, but for Prince George of Cambridge, shorts season is all year round. Just like many of the royal customs that seem bizarre to us normal folk, shorts are not a fashion choice for George, but a rule. It's tradition for young royals to be dressed formally in public, and young boys are often dressed in shorts as a symbol of class, which is why we can always expect to see the 5-year-old prince sporting a pair, whether he's playing outside or attending the annual Trooping the Colour ceremony.

Of course, the internet collectively lost its damn mind when George arrived at Prince Harry and Meghan Markle's wedding in May 2018 wearing long pants in public for the first time ever. Trousers on a young boy may be considered "suburban" (as etiquette expert William Hanson told Harper's Bazaar), but as boys from the aristocracy and upper middle classes in England near the age of 7, pants are worn more regularly. Since George won't be wearing his cute shorts for much longer (he turns 6 on July 22!), let's take a moment to appreciate some of his best moments in shorts.