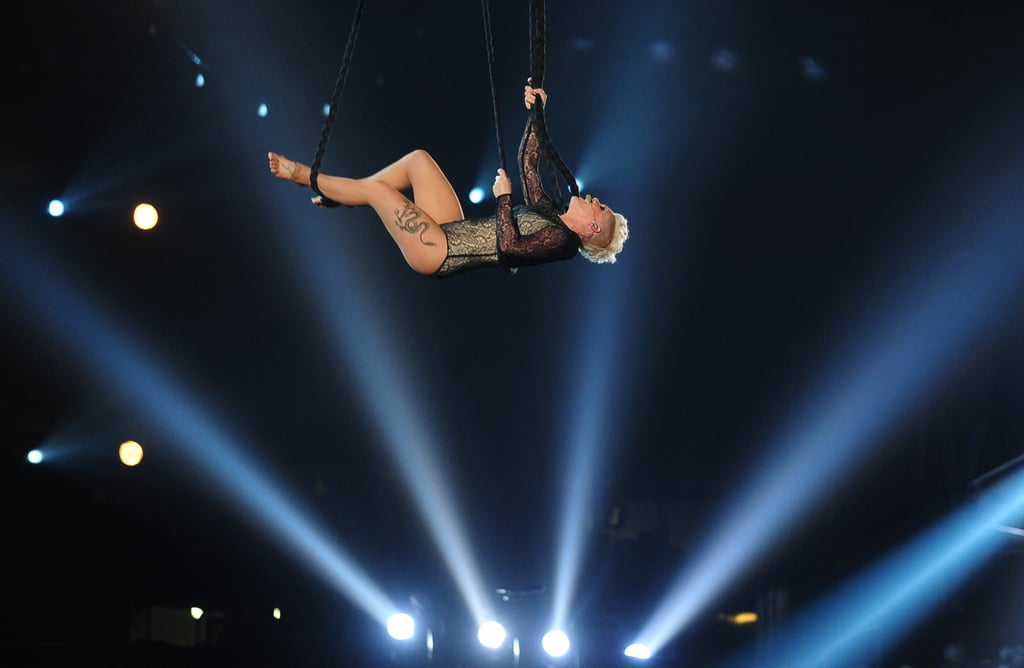 Pink Soars to New Heights at the Grammys

Pink was nowhere in sight when her band started playing "Try" from the stage at the Grammy Awards in LA on Sunday night. Then she descended from the ceiling, tied in fabric as she performed acrobatics and belted through the song. A few trips up and down and a quick change later, Pink joined fun.'s Nate Ruess on stage to perform their duet "Just Give Me a Reason," marking one of the most memorable stage moments of the night. Pink and Nate just might steal the spotlight again — the hit is nominated for song of the year and best pop performance by a duo or a group. Keep reading to see the singer's best moments tonight, including her walk down the red carpet with husband Carey Hart, and be sure to vote on all our Grammy Awards polls here!