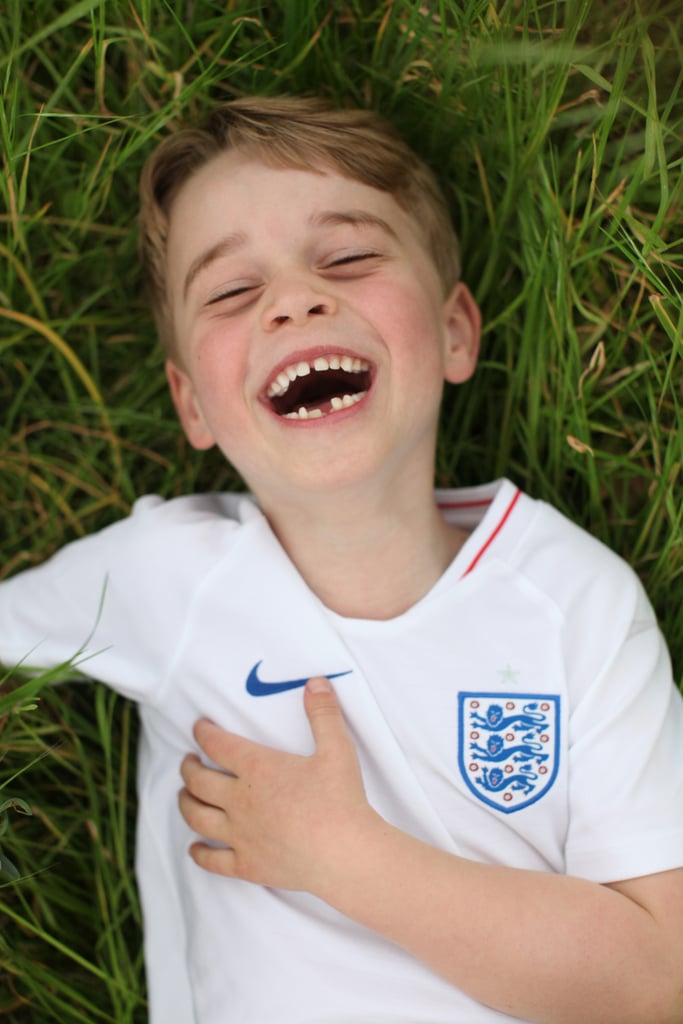 Prince George is turning six, and wow! He's growing up right before our eyes! The young royal is all smiles wearing an England national team jersey in his official portraits, which were released by Prince William and Kate Middleton the day before his July 22 birthday.

It appears George must be a soccer fan (or a football fan, depending on where you're from) judging by his adorable attire. This love of sports runs in the family — William participated in a polo match earlier this month, and Kate is prone to showing off her athletic abilities, as well. George has even taken tennis lessons from Roger Federer. Here's to another year full of royally fun activities!