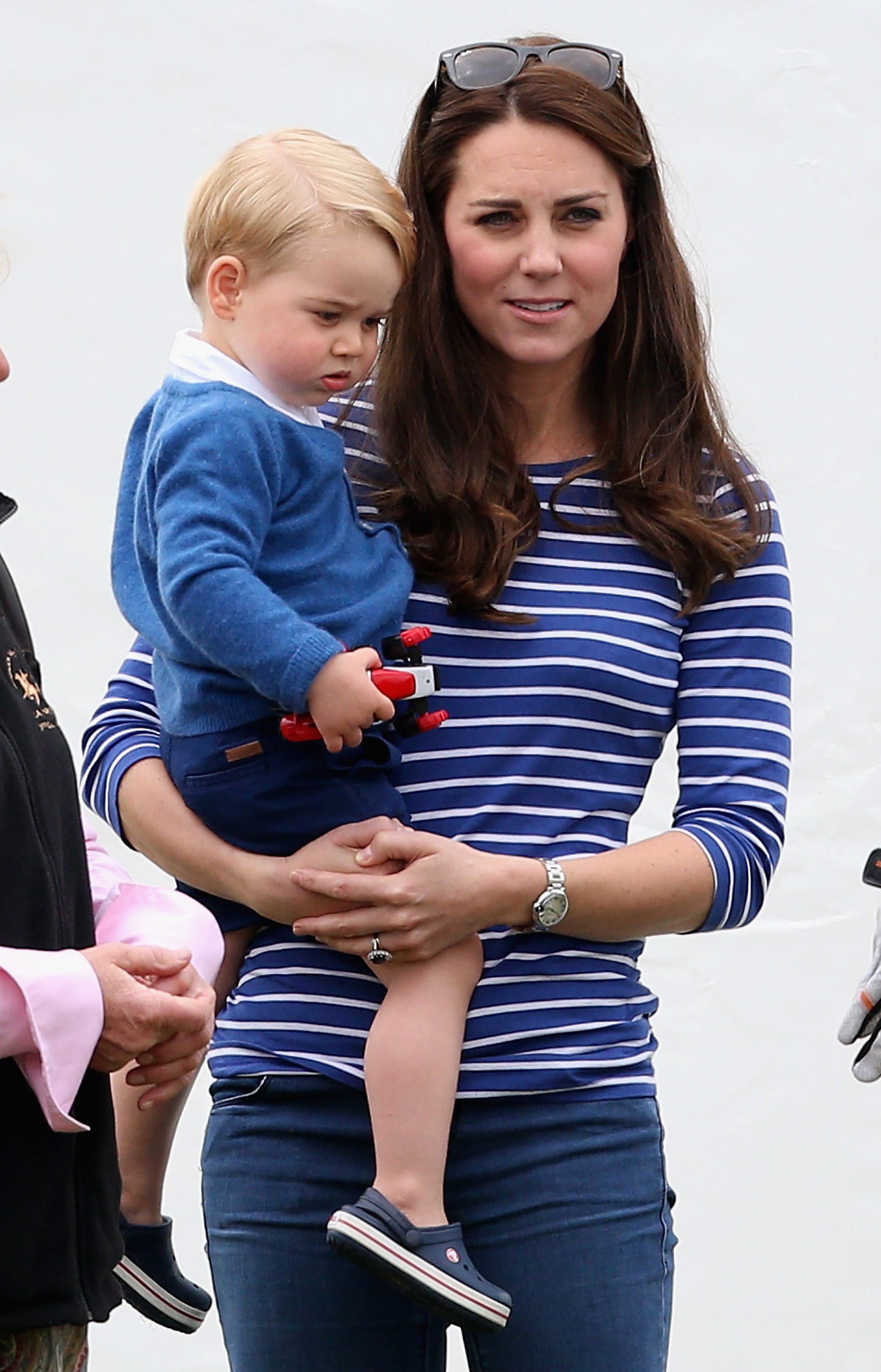 Prince George is decking the halls! According to Us Weekly, the 2-year-old royal has been helping his mom, Kate Middleton, decorate their Anmer Hall country home in Norfolk in the UK ahead of the holidays. On Dec. 5, George helped trim the family's nine-foot locally sourced pine tree, and a source close to the family revealed that he "had a blast putting up decorations." Late last month, George also accompanied his mom to nearby Fakenham Garden Centre, where she bought a star for the top of their tree, along with "a roll of gold gauze, and a mini pre-strung tree." A staffer at the store told Us Weekly that "George wanted everything he saw" and that "Kate let him choose a couple of ornaments, including a felt penguin."

Spending Christmas at Anmer Hall is just one of the royal family's many holiday traditions, and Prince William recently opened up about plans for his family of four in an interview: "We'll go to church as a family on Christmas Day, as we always do. Then we'll watch George try to tackle his presents as he tries to unwrap them." William added, "George will be bouncing around like a rabbit. So that will be two children, one who suddenly appreciates Christmas, which could be quite challenging. But I'm looking forward to it."

Check out this year's best photos of the British royals and all the times Prince George was unimpressed.