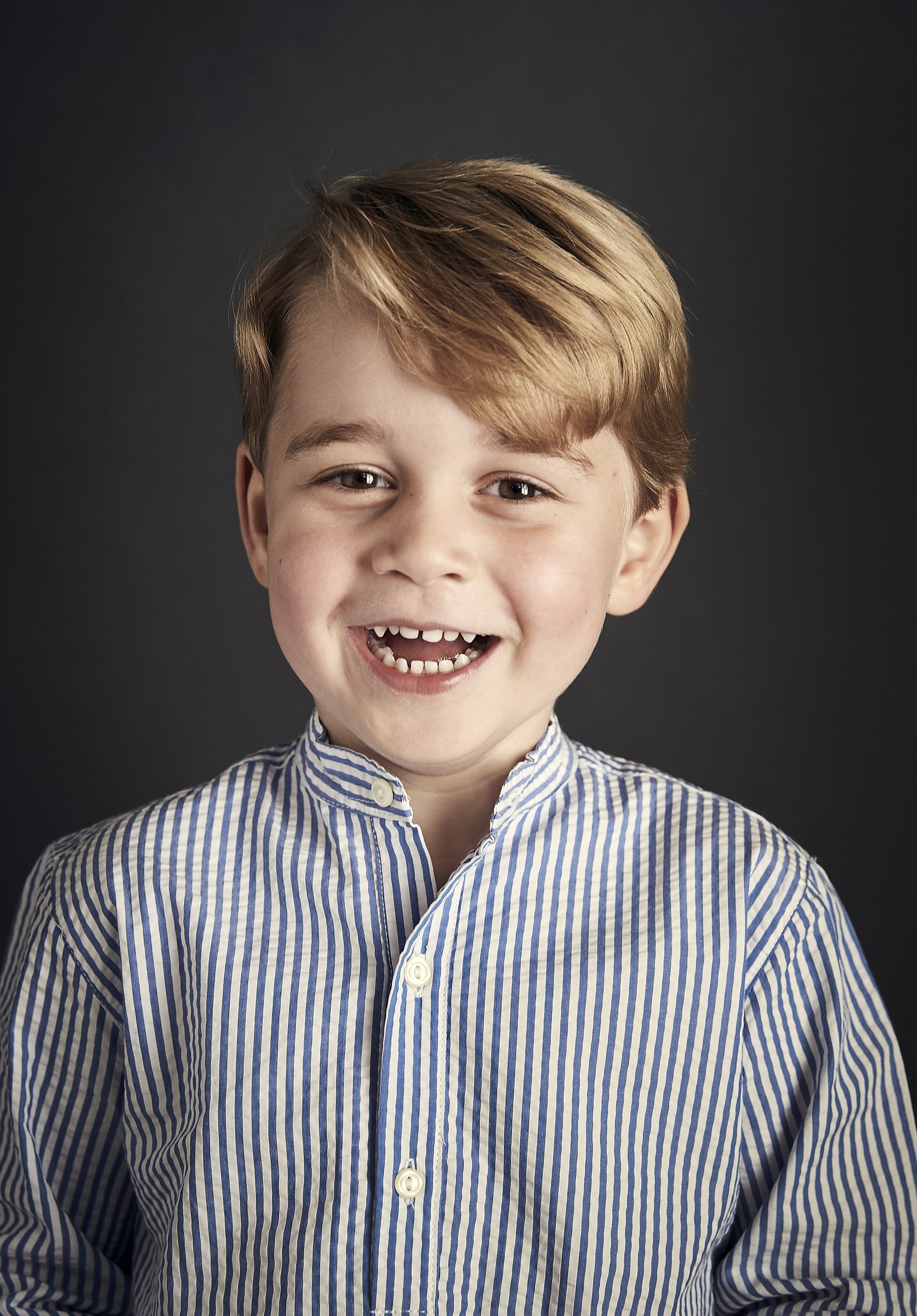 Prince George marked his fourth birthday with a new royal portrait on Friday. Ahead of his big day on Saturday, July 22, Kensington Palace shared a photo taken of the toddler on Instagram, writing, "The Duke and Duchess are delighted to share a new official portrait of Prince George to mark His Royal Highness's fourth birthday," the caption read, also thanking everyone "for all the kind messages" the couple has received. George smiles big while wearing a button-up shirt in the snap, which was taken at the end of June by royal photographer Chris Jackson. In a statement, he said that he was "thrilled and honored" that Will and Kate chose the photo, adding that George is "such a happy little boy and certainly injects some fun into a photoshoot!"

The family of four is currently on a tour of Poland and Germany, where both the birthday boy and his little sister have showed off matching outfits and adorable antics. We can't wait to hear how he spends his big day. Happy birthday, George!